There has always been a misconception about Glenn Hoddle that he’s stand-offish. In actual fact, he’s just shy, and there is a big difference. He was never one to shout his mouth off and deep down he’s always been that same person.

I was Tottenham’s first-team coach, soon to be manager, when Glenn made his debut against Stoke City at 17. Deary me, what a player. The game was so easy for him, it was incredible. He could use both feet and always seemed to be in the right place on the pitch at the right time.

Straight away, you saw the club had something special on its hands. Ossie Ardiles was brilliant, a World Cup winner, and I loved a player called Tony Green when I was up at Newcastle. But Glenn was the best technical player I ever coached, the major force behind back-to-back FA Cups at Spurs in 1981 and 1982. Having worked with Glenn at such a young age, I knew his background, knew his parents – I played golf with Glenn’s dad which worked well because we were both average! – and knew his personality. Vocal enough to survive in the dressing-room and on the football pitch but never one to brag about his talent, or show off to a crowds of strangers.

We shared a lot of great times at Tottenham but my stand-out moment regarding Glenn was a goal he scored against Watford in 1983. He took the ball on the right-edge of the penalty area and somehow managed to chip it over the goalkeeper and underneath the crossbar.

I remember sitting in the dug-out and thinking “How the Hell did he manage that?!” It defied logic and geometry. Just pure ability.

Of course, Glenn should have won more than 53 England caps but at the time English football was about the physical side – the way we played at Spurs was the exception rather than the rule. 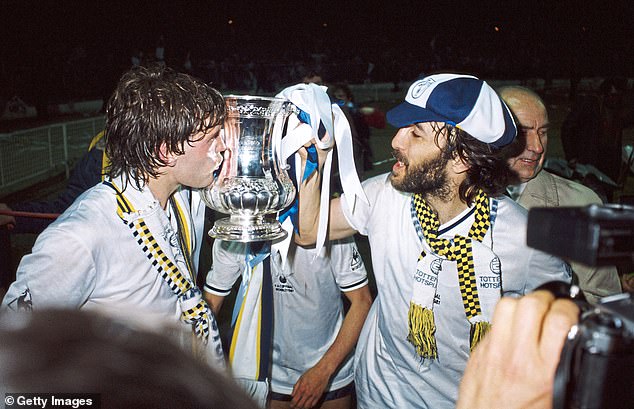 England should have built a team where everything revolved around Glenn. It didn’t happen.

His playing career continued after left Spurs to join Monaco. What I didn’t expect was that later on he’d become one of the leading managers in the country, first with Swindon and Chelsea, then England.

At Spurs, he didn’t get too involved in the coaching so he wasn’t one I automatically thought would go on to manage. In fact, he did terrifically well. He did a very good job for England in his time there.

I live in the West Country now so don’t see Glenn as often as I did. I did catch up with him at the final game of the old White Hart Lane, it was always a pleasure to see him.

My wife told me on Saturday that Glenn had been taken to hospital and we watched the news filter through on TV. It was a shock, without knowing exactly what had happened.

It goes without saying everything is crossed for the best player I ever managed and a wonderful friend to those lucky enough to know him properly.