Rangers have called on social media companies to “hold the perpetrators to account” after forward Kemar Roofe received more racist abuse on Instagram.

The 28-year-old has highlighted several instances of the racist abuse he has suffered on the social media site since being sent off against Slavia Prague in the Europa League last month.

On Saturday, Roofe posted nine screenshots filled with abusive messages, alongside the caption: “I wonder if you tag @instagram @europaleague in the comments they will see it and take notice?”

Facebook, which owns Instagram, said it has suspended a number of accounts for breaking the rules and is continuing to investigate the matter.

🗣️"I'm still getting all the emojis & words now. I'm getting tonnes of messages. I'm not sure when it will stop. What can I do?"

Last month, Roofe posted a screenshot filled with racist comments, saying: I could be here all night screenshotting all of these types of comments.”

Rangers say social media companies must do more to stop abuse on their platforms, adding “Enough is enough”.

A club spokesperson said: “Once again, we see sickening racist abuse being unchallenged by social media companies. It is time for social media platforms to roll their sleeves up and hold the perpetrators to account.

“We will continue to support our player through yet another incident of racist abuse. Enough is enough.”

Roofe has previously called on social media companies to step up in their fight against racist accounts on their platforms. 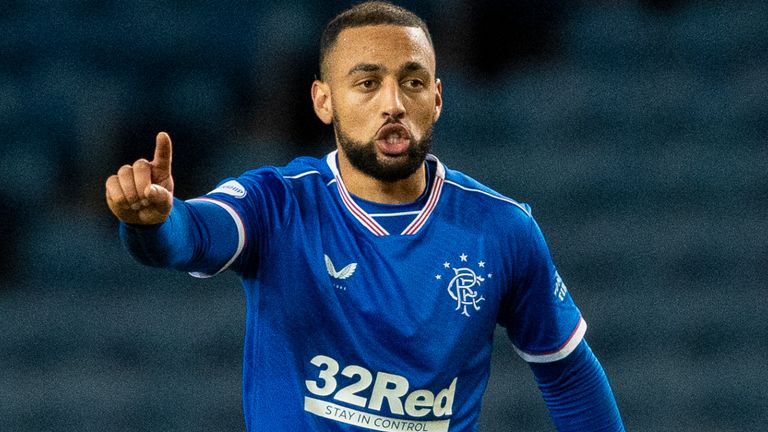 “What I have been getting on social media I am still getting today. I posted a video yesterday and I am getting all of the emojis and words. I am not sure when it is going to stop for me personally, but what can I do? I can’t do anything,” Roofe said on Sky Sports’ Super 6 Podcast.

“It’s the people who are in charge, the people that run UEFA. They have to do something about it and punish the perpetrators, otherwise nothing is going to change. Social media owners need to control their platforms, they have created something which you can use for good and evil, but they need to control and manage it.

“It is too easy for people to go on social media and abuse someone else. There is a lot of importance on mental health – some people cannot handle the comments I am getting. Luckily for myself, I can ignore it and go about my business, but there is a lot of people who can’t do that. Something needs to be done by the social media owners.”

Sky Sports is committed to making skysports.com and our channels on social media platforms a place for comment and debate that is free of abuse, hate and profanity.

This is the message from Sky Sports presenters and reporters, who have united in supporting a new campaign aimed at raising awareness of online hate and abuse on social media.

This is the message from Sky Sports presenters and reporters, who have united in supporting a new campaign aimed at raising awareness of online hate and abuse on social media

If you see a reply to Sky Sports posts and/or content with an expression of hate on the basis of race, colour, gender, nationality, ethnicity, disability, religion, sexuality, age or class please copy the URL to the hateful post or screengrab it and email us here.

Kick It Out reporting racism

Online Reporting Form | Kick It Out

Kick It Out is football’s equality and inclusion organisation – working throughout the football, educational and community sectors to challenge discrimination, encourage inclusive practices and campaign for positive change.

Fantasy Premier League tips: Who should you captain in FPL GW29?