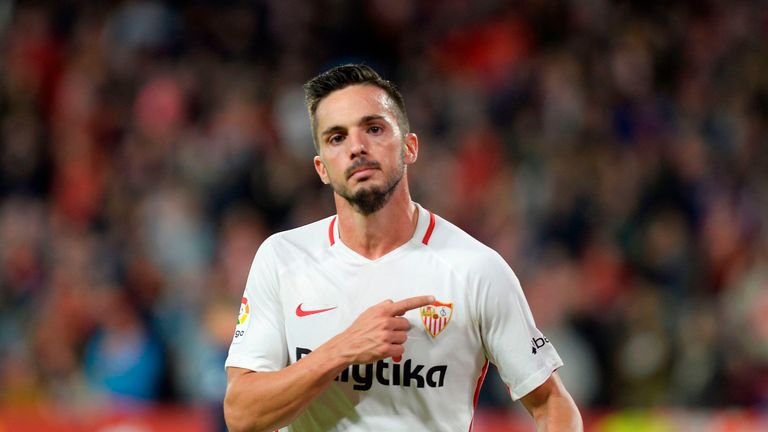 Sevilla climbed up to third after bouncing back from last weekend’s 4-2 defeat at Barca with a 2-1 home win over last-placed Huesca.

Pablo Sarabia, who also netted in Thursday’s 6-0 Europa League mauling of Akhisarspor, stuck in the 65th and 78th minutes before Huesca grabbed a late consolation through Jorge Pulido.

It was Sevilla’s fifth victory in their last six league games and leaves them two points off top spot.

In Sunday’s other match, Getafe beat Real Betis 2-0 thanks to two goals in three second-half minutes from Jorge Molina and Dimitri Foulquier.