League Two round-up: Micky Mellon’s Tranmere side show how to adapt to the Football League as Keith Curle continues to inspire Northampton

Following the latest weekend of League Two action, Sportsmail’s TOM FARMERY takes a closer look at the action and presents the things we learned.

If rock-bottom Macclesfield are a prime example of how difficult it can be to adapt to the Football League after life in the National League, then Tranmere are showing how it should be done.

Micky Mellon’s side have been moving up the table and a 5-1 win over Crawley sends a warning to those around them. They occupy the last play-off spot and look good value to stay there. 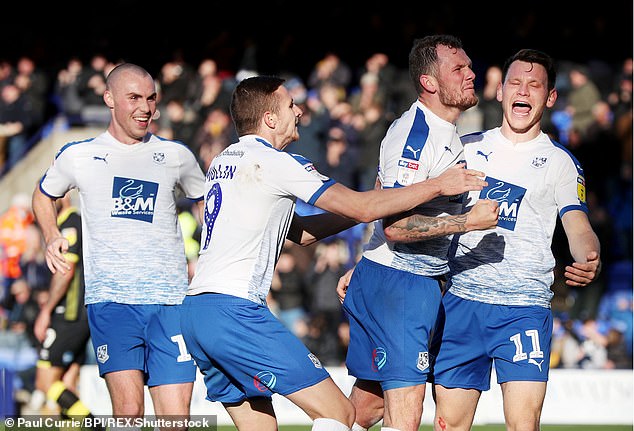 Terrible start to management for Duff. He has been in charge for eight games following the sacking of Gary Johnson and is yet to find a win.

Cheltenham have scored the joint-lowest number of goals (10) in League Two and a 2-0 home defeat by Stevenage has them in the bottom two. Duff needs to find a formula quickly before they are cut adrift.

Fine way to mark your 100th League goal at the age of 22. Took two touches to set himself before rifling a right-foot effort from range that flew past Mansfield goalkeeper Robert Olejnik in the 1-1 draw.

Cambridge manager Joe Dunne: ‘That was a grind. You’ve got to grind it out and we did,’ he said after his side recorded their first home win since August, a late 1-0 win over Macclesfield.

STAT OF THE WEEK

14: Northampton have bagged 14 points since the arrival of manager Keith Curle. After seven games, the Cobblers have won four, drawn two and lost one. Up to 18th after a 2-1 win over Oldham. 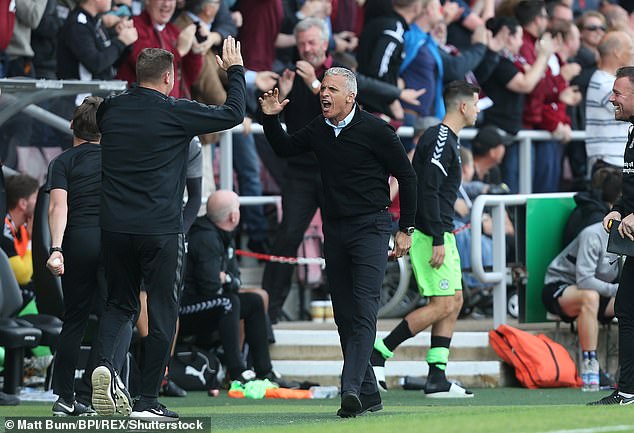