Leeds 2-0 Ipswich Town: Kemar Roofe and Liam Cooper send hosts back to the top of the Championship standings

It is relatively easy to gauge the mood of Leeds United’s volatile manager Marcelo Bielsa – just count the minutes he sits on his blue bucket.

Bobbing up and down in fidgety agitation is not a good sign on the Bielsa barometer and there was plenty of bobbing as his players went top of the Championship table.

A first-half goal from Kemar Roofe and Liam Cooper’s effort halfway through the second half might just have done enough to please the Argentine but the margin of victory should have been far, far greater. 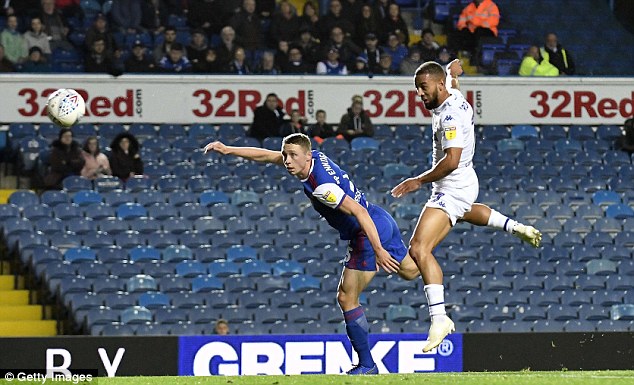 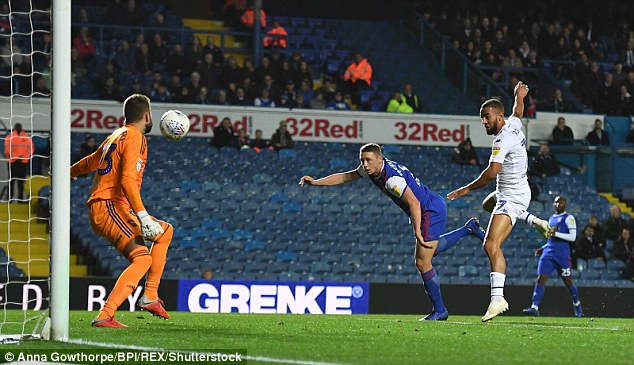 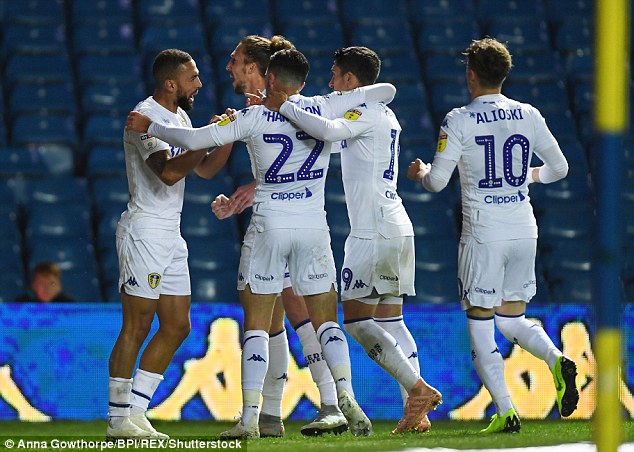 Such is the expectation level at Leeds that the recent slump had sparked a wave of despondency which really ought to be put into perspective.

The chance of going top of the Championship was the prize on offer, hardly a reason for gloom even if Bielsa had won just three of his last 11 games going into this fixture.

Perception is everything, which made the manager a marvel for winning four and drawing one of his first five league games in charge. Couple of dodgy results later and the worriers take over.

The aura of invincibility may have tarnished ever so slightly but spare a thought for Ipswich, bottom of the table a year after they were challenging at the healthy end.

New boss Paul Hurst, recruited for the decent job he did at Shrewsbury, is supposedly on rocky ground with former club favourite Matt Holland going as far as to suggest owner Marcus Evans is already looking for a replacement.

Hurst’s reaction to the dismal start was to make seven changes from the side booed off after the 2-0 home defeat by QPR.

Then he stood and watched as Leeds started attacking. Again and again.

The goals to chances ratio has been one of Bielsa’s bug bears and the sure sign of tension is when the South American leaps to his feet.

There was plenty of energy from Bielsa, from the opening minutes when Roofe closed down goalkeeper Bartosz Bialkowski, the ball ballooned to Pablo Hernandez and his effort was off target.

Hernandez was inches away from connecting with a Ezgjan Alioski cross touched on by Bialkowski and it seemed just a matter of time before the home side would score. 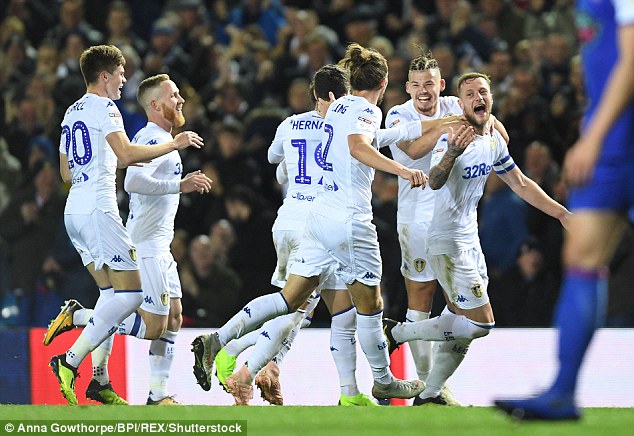 Just to remind Leeds that there was another team on the pitch, Gaetano Berardi gave away a cheap free-kick from which Matthew Pennington could only head straight at Bailey Peacock-Farrell.

Scare over, Leeds got their breakthrough halfway through the first half in a free-flowing move. Hernandez was the final provider with a cross which resulted in a thumping header from Roofe.

Immediately the cries of Roooooofe (think Matt Kuchar or Mark Fish) rang out round Elland Road in acknowledgement of their goal-scoring crowd pleaser.

Instead of using that as the platform to go on and inflict more hurt on Ipswich, however, Leeds stepped off the gas so taking a slender lead into half-time.

Ipswich had nothing to offer and , finally, Leeds doubled their lead when Hernandez crossed, Kalvin Phillips stepped over the ball and Cooper swept the ball home.

Ipswich were saved a savaging by Bialowski while Alioski also whacked a post with a shot as Leeds went on all-out attack.

Both Hernandez and Roofe have had fitness worries this season but if they can stay healthy and play together, they can become a real double threat.

One of Leeds’s first tasks is to make sure Roofe signs a new contract.

He has two years left on his current one and is blossoming into a real star.