Leeds United have made a £17million bid to sign PSG striker Arnaud Kalimuendo from under the noses of Newcastle, according to reports. The Yorkshire outfit are hoping to get one over their Premier League rivals as Jesse Marsch faces missing out on Martin Terrier.

Kalimuendo has been on Leeds’ radar for some time and it appears the American coach is ready to step up his interest in the forward. Newcastle are also interested after missing out on Hugo Ekitike, the 19-year-old starlet who has joined PSG on an initial loan deal from Reims.

But a report from Mediafoot Marseille claims Kalimuendo is ‘not convinced’ by the Magpies’ ‘project’ under Eddie Howe, opening the door for Leeds to swoop for the highly-rated striker.

The Frenchman has attracted interest from all over Europe after scoring 21 goals in 65 appearances for Lens during a two-season loan spell. He has also caught the eye for PSG on their summer pre-season tour of the Far East. 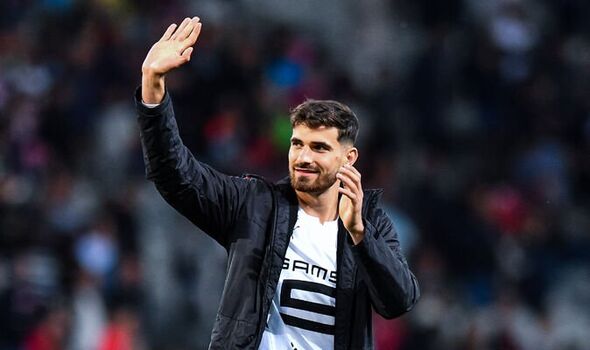 But the 22-year-old is expected to leave Parc des Princes on a permanent deal this summer as his deal is set to expire in 2024, giving the Parisians the chance to cash in while he still has a reasonable amount of time remaining on his deal.

The French champions have a luxury of options in attack after signing Ekitike, with Kylian Mbappe, Neymar, Lionel Messi and Mauro Icardi all ahead of Kalimuendo in the pecking order. And with sporting director Luis Campos looking for around £21m (€25m), it won’t take much negotiating for the two clubs to find an agreement.

There is interest from French clubs in Kalimuendo, who is wanted by Lyon and Rennes. However, PSG’s asking price is thought to be beyond what their fellow Ligue 1 clubs can afford, but Leeds and Newcastle are expected to battle it out for the frontman with respective transfer war chests. 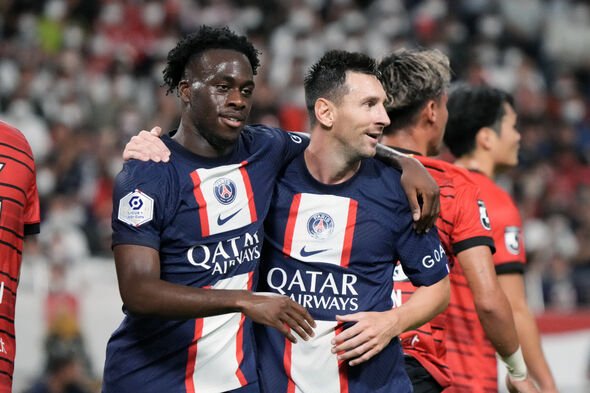 Leeds have been forced to look elsewhere after missing out on top target Charles de Ketelaere. The Club Brugge starlet has joined AC Milan in a £31m deal after snubbing a move to Elland Road.

Marsch had targeted Rennes forward Martin Terrier as an alternative option as the Leeds boss is reportedly a fan of the Frenchman, who scored 21 goals in Ligue 1 last season.

However, they know any deal will cost over £30m fee due to the Brittany-based outfit’s hefty demands, according to The Athletic.

That price is unlikely to be reduced anytime soon either, with Terrier, 25, under contract until 2025 after his big-money switch from Lyon in 2020. And that could convince Leeds to clinch a deal for Kalimuendo given the low risk involved with signing the youngster.