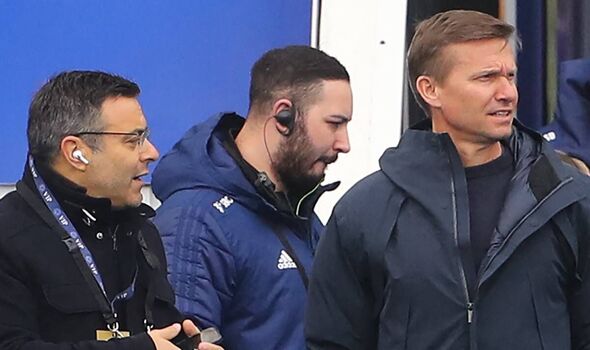 Leeds United’s future is up in the air despite the San Francisco 49ers holding an agreement to buy the club outright in a year’s time, reports suggest. The 49ers have a deal in place to take full control of the club in 2024, but now it appears a new party is interested.

The 49ers currently hold a 44 per-cent share of Leeds, and have done since 2018. Andrea Radrizzani bought the club outright in 2017, before selling shares to 49ers Enterprises.

As part of that agreement, the 49ers agreed a deal with Radrizzani to buy the club for a fee in excess of £400million. That deal is set to include the ownership of Elland Road, too, but relies on them staying in the Premier League.

However, that deal is only a handshake agreement, and legally there is nothing to stop another party from getting involved and making a bid of their own – according to the Daily Mail.

That is now apparently the case, with a mystery third party expressing an interest in buying the club, reports claim. Leeds are currently staring at the real prospect off a relegation dogfight, sitting just two points above the relegation zone.

Jesse Marsch’s side have won just once in their last five Premier League games, and were held by West Ham on Wednesday night.

Speaking afterwards, Marsch insisted his team will have to make a significant step up in order to beat the drop. He said: “We need the players to believe in themselves. They go through moments in the match where they are nervy, they don’t want the ball or commit to tactics. We don’t look the way we should be.

“What hurts me in these moments is I want to play with the team, I want to be at my best. David Moyes is a guy I have watched for many years and a guy that I respect and I am excited by the challenge of playing against his team. But we’ve got to find a way as a group to step up and individually find our quality.”