Leeds United have taken the unusual step of launching a new third kit for the 2018-19 season three months after the campaign began.

The Championship side announced the arrival of a yellow and blue kit, which harks back to their traditional away colours, on Wednesday morning.

They will wear their new shirt for the first time in Saturday evening’s Championship tie against West Bromwich Albion. 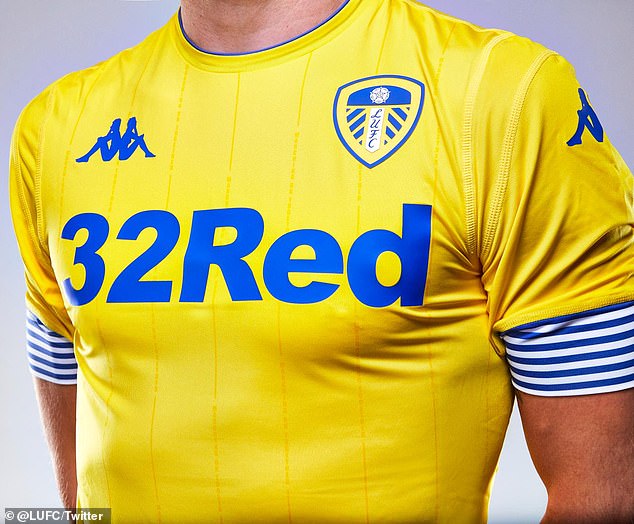 A striking shade of yellow, the shirt is likely to prove popular among the Elland Road faithful, but anyone hoping to kit themselves out in the full uniform faces having to pay £121.95.

An exact replica of the shirts that players will wear on matchdays, known as ‘Bodyfit’, retails at £65 while shorts and socks cost £25 and £12 respectively. Names, numbers and EFL badges cost a combined total of £19.95.

Fans can save £15 by opting for the more comfortable regular-fitting shirt, which is available for £50. Meanwhile, a junior package will set parents back £60.

Features on the shirt include the club motto ‘Marching on Together’ embossed onto the front of the shirt in a vertical text pattern and ‘Leeds United’ woven onto the reverse collar. 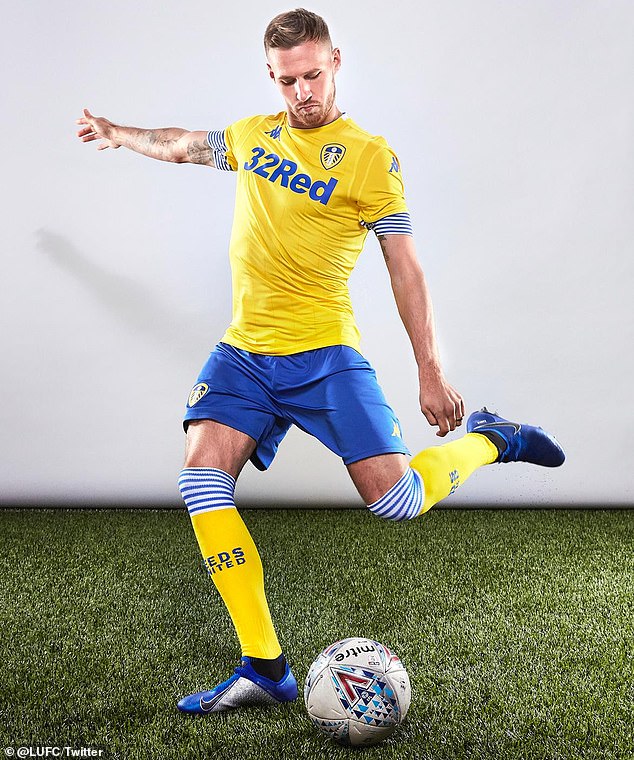 Although it is certainly one of the more memorable kits among Championship sides this season, fans may feel bemused at the thought of shelling out full price in November, several months after the season began.

Sales will, however, certainly be boosted if Leeds can keep up their table-topping form and continue their aim of returning to the Premier League.

Leeds have not experienced life in the top flight since being relegated in 2004. They dropped as low as the third tier but look more likely than ever to get back into the country’s elite division.

Much of the excitement surrounding the club has been generated by the arrival of legendary manager Marcelo Bielsa.

The Argentine is already considered a cult hero among fans, not least because he sits on a blue bucket during matches.

Leeds recently drew ridicule for launching an official version of the bucket, which is available from the Elland Road store and costs an outrageous £80. 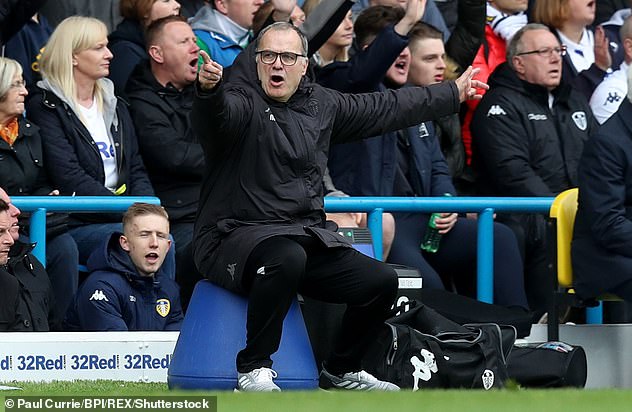 Schmeichel's Leicester future in doubt with Sanchez eyed as sucessor