Leeds reportedly have not had any contact from teams such as Liverpool for Raphinha, but they have been warned that things could quickly change. Leeds signed Raphinha from Rennes for £17million and he’s been a huge hit so far.

The Brazilian winger scored six goals and provided as many assists so far, playing a huge role in recent wins over Fulham and Sheffield United.

The two recent victories have all-but sealed Leeds’ place in the Premier League for next season and they stand a good chance of finishing in the top half of the table.

Marcelo Bielsa will be hoping to keep the core of his side together next season though with Leeds’ top players attracting attention from England’s top sides.

Raphinha brushed off speculation last month when insisting that he was “happy” at Leeds. 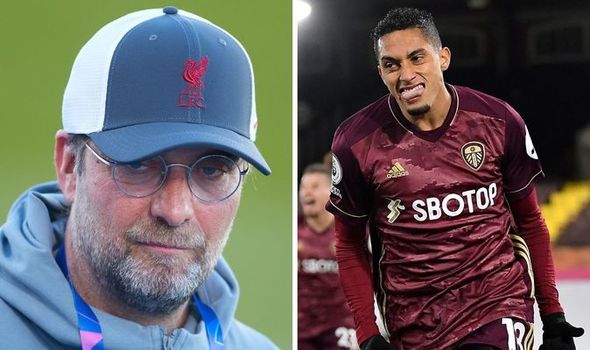 “I am really happy to be here in Leeds, being a part of this institution, it’s a real pleasure,” Raphinha told LUTV .

“I’m really enjoying the city, despite not being able to discover that much of it. I’ve been embraced by all the players, the coaching staff, everybody here at the club, the fans as well.”

Reports have suggested that Leeds will demand a huge fee should there be an approach for Raphinha this summer.

But while it has been suggested that Liverpool may look to sign the 24-year-old at the end of the season, The Athletic’s Phil Hay insists no contact has been made.

However, he does add that things could easily change in the next few months and a huge bid may well test Leeds’ resolve.

“For all the links to the various clubs, particularly the top four in England, there was nothing behind it.

“But you have to be sensible enough to know it all depends on who bids what and when they bid.” 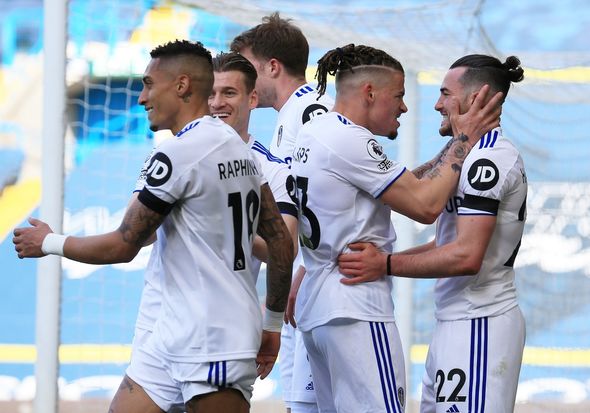 Leeds are back in action this week against Manchester City, who they drew 1-1 with earlier in the season.

And Bielsa knows it will be a tough task to repeat, or better, that performance this weekend.

“Teams like Manchester City are prepared to play two times a week and to play in different competitions,” Bielsa said.

“To play in a team like this is not just enough to be good, you have be able to maintain that competitive spirit every three days.”