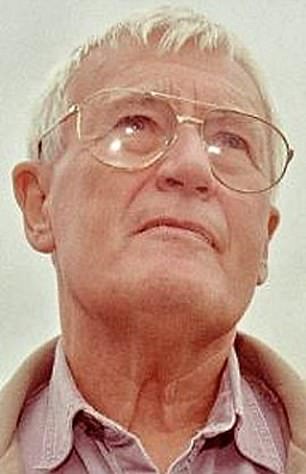 David Meek, who became one of the most influential football writers of his generation, has died aged 88

David Meek, perhaps the most influential regional football writer of his generation, has died at the age of 88.

Meek was a political columnist and leader writer on the Manchester Evening News in 1958 when the Munich air disaster claimed the life of the newspaper’s Manchester United reporter Tom Jackson.

Asked to step into the role in tragic circumstances, Meek obliged.

Many years later he said: ‘It was not something I’d previously considered but in an emergency you do whatever you can to help.

Meek urged patience by fans — and in the corridors of power at the Evening News — during Ferguson’s difficult early years at United and the Scot never forgot that.

He is survived by his second wife Liz, with whom he had retired to live in Milton Keynes, son Andrew, daughter Joanna and step-daughter Emily.

OLIVER HOLT: United should be nurturing Rahsford not marginalising him

No urgency, no fight… Rafa Benitez’s men have settled for safety