Brendan Rodgers had plenty of praise for Harvey Barnes after he scored his first Premier League goal in a late 2-2 draw against West Ham.

The 21-year-old had lost his place in the starting XI to the returning Marc Albrighton but came on for the midfielder in the 64th minute.

After an impressive cameo, he collected a pass from Youri Tielemans before slotting home to snatch a late draw for Leicester, and Rodgers believes there is more to come from the youngster.

“I’m really pleased for him because he’s had a season where he’s been out on loan at West Brom, he’s done really well, and then it is making that jump up to the Premier League,” the manager told Sky Sports. “He’s a big talent and in time, he is just going to improve and get better. He plays a lot from the left side but you can see from the right side that he is equally as comfortable. He’s made a great run to get in behind their defence and there was real composure on his finish.

“He came into the game and made the impact we would want and it was nice for him to be celebrating in front of the supporters.”

It was a game of two halves for Rodgers, who saw his side draw level twice with West Ham in the second period. 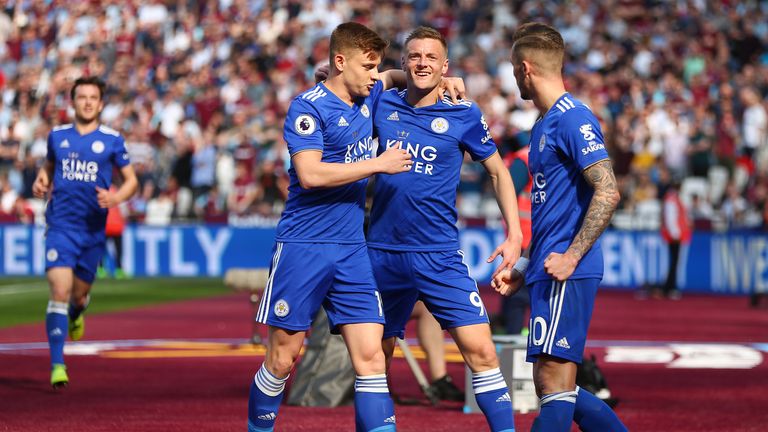 He added: “West Ham are a good side. They’ve shown this season, particularly at home, that they are very good.