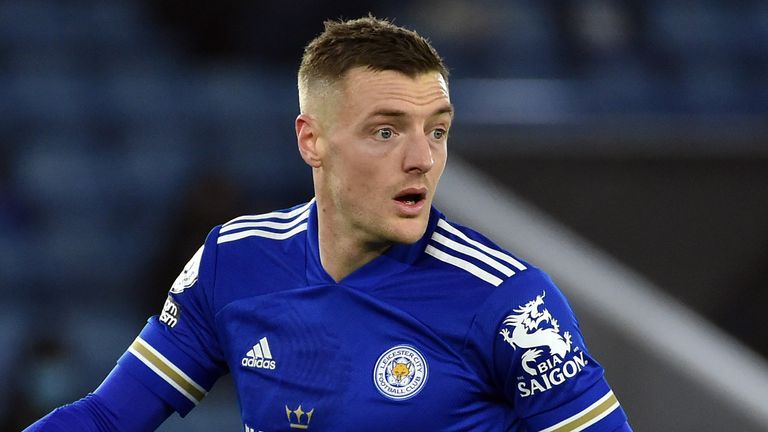 Team news and stats ahead of Leicester vs Chelsea in the Premier League on Tuesday; kick-off 8.15pm.

Jamie Vardy is expected to be fit for Leicester when they welcome Chelsea on Tuesday.

The striker has been battling a long-standing hip problem and came off late in Saturday’s 2-0 win over Southampton but is due to feature at the King Power Stadium.

Dennis Praet is out for up to three months with a thigh injury while Nampalys Mendy will be assessed as he struggles with a neck issue.

Chelsea midfielder N’Golo Kante will miss the trip to his former club.

France’s World Cup winner has failed to shake off a hamstring problem in time for the return to the King Power Stadium.

However, defender Andreas Christensen will be available for Frank Lampard’s team after knee trouble.

Leicester vs Chelsea will be broadcast live on Sky Sports Premier League and Main Event from 7.30pm on Monday; kick-off at 8.15pm. Sky Sports customers can watch in-game clips in the live match blog on the Sky Sports website and app. Free highlights will also be published on the Sky Sports digital platforms and the Sky Sports Football YouTube channel shortly after the final whistle.

Mikel Arteta hits out at Burnley's old-school approach after draw