Leicester City’s players want to attend the funeral of Vichai Srivaddhanaprabha in Bangkok next week to honour the club’s popular owner following his tragic death.

Srivaddhanaprabha died shortly after last Saturday’s 1-1 draw with West Ham when his helicopter crashed outside the King Power Stadium in an incident which also killed four others.

Friends and family will grieve for the 60-year-old at a week-long ceremony in Thailand, which begins on Saturday.

Leicester play Cardiff in the Premier League at 3pm on Saturday and several first-team stars — including Jamie Vardy — want to begin a 12,000-mile round trip after the game to pay their respects to a man who was like a father to them. 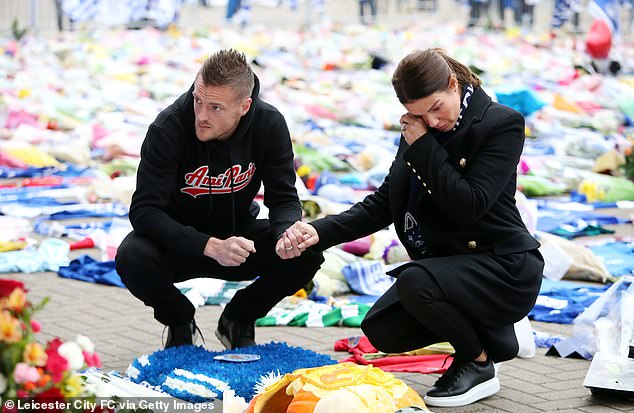 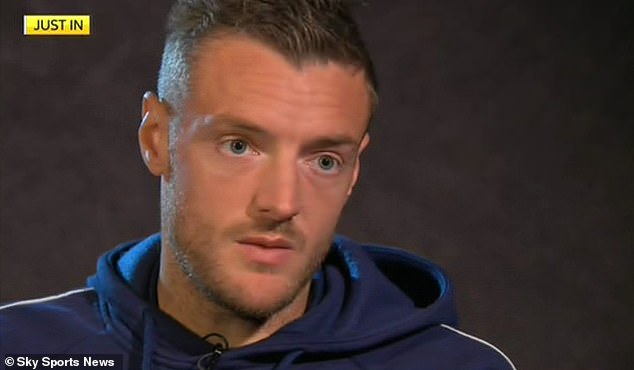 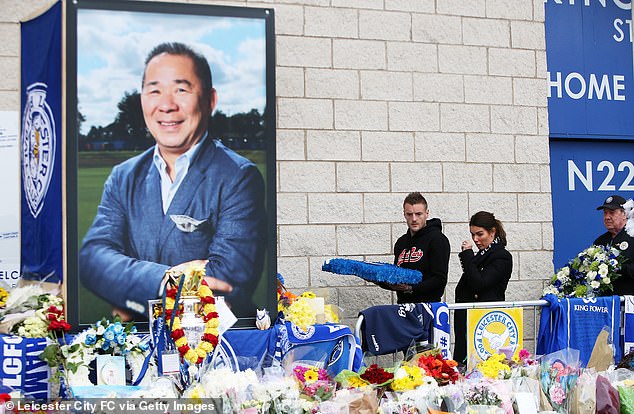 Srivaddhanaprabha, pictured (left) on a poster, died aged 60 on Saturday in a helicopter crash

Striker Vardy told Sky Sports: ‘It’ll be massively important. That’s how we are.

‘We’re a close knit group like one big family and one of the main reasons for that is Vichai. So for us to be there is massively important.’

Manager Claude Puel added: ‘I want to give the opportunity for players and staff to go to the funeral. We will see the logistics.

‘Of course, the players want to go and support his family — his wife, son Top, all the family.

‘They put us in their family and that was a special thing about him. The players travelled to Dubai and other places to have good moments with Vichai. For him the players were his children, his family.

‘Sometimes he was not happy with their game but he would forgive them!’

After playing Cardiff, Leicester do not have another game until the following Saturday when they host Burnley. 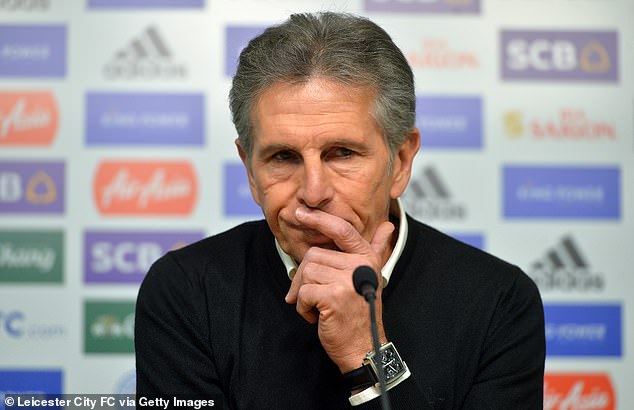 Claude Puel is keen to allow his players to go to the funeral and said: ‘We will see the logistics’

Arsenal fans believe Ashley Westwood should have been sent off