Leicester’s Daniel Amartey had to be taken off on a stretcher in the closing stages of his side’s game at home to West Ham.

Amartey, who was deployed at right-back, left the field with his leg in a brace having suffered a serious-looking ankle injury following a clash with West Ham’s Michail Antonio.

The Leicester player appeared to catch his studs in the turf and twisted his leg. 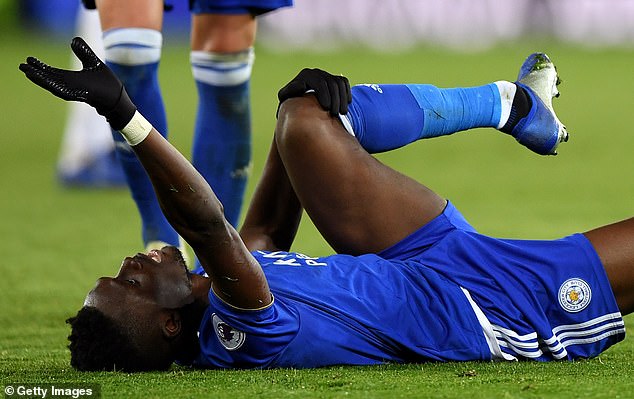 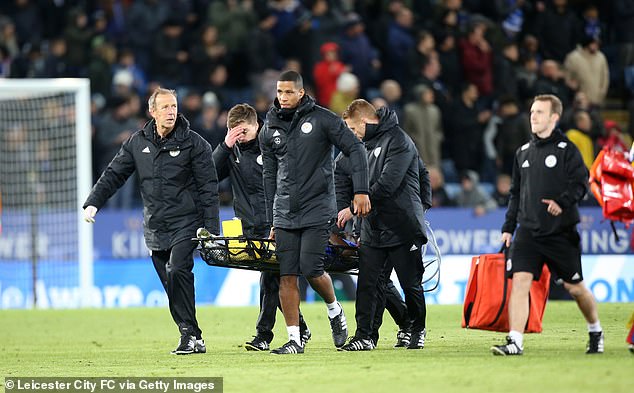 Amartey is stretchered off by Leicester medical staff after receiving treatment 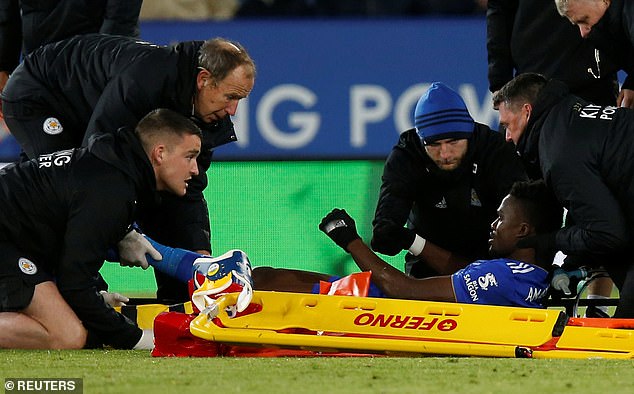 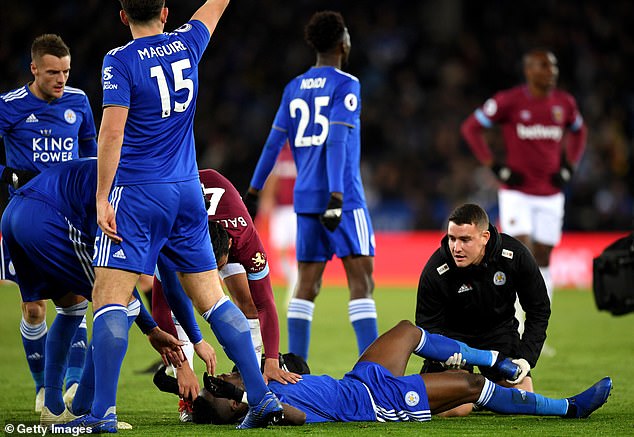 Amartey received oxygen on the pitch before being taken off to applause from supporters.

Puel said: ‘My first thought is for my player at the end, Amartey. I hope it is not serious, he played well and gave everything. It’s difficult to see this at the end.

‘My thoughts are more about his injury than about the game. He needs to have it examined and then we will see after. I hope it is not serious.’

With Leicester having already made their three substitutions, Puel’s side played the final couple of minutes of stoppage time with ten men. 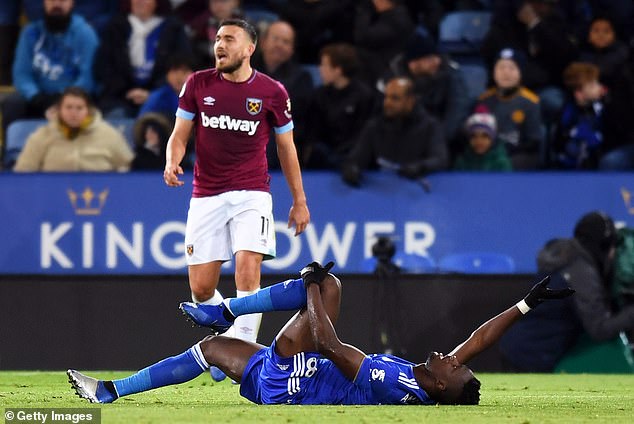 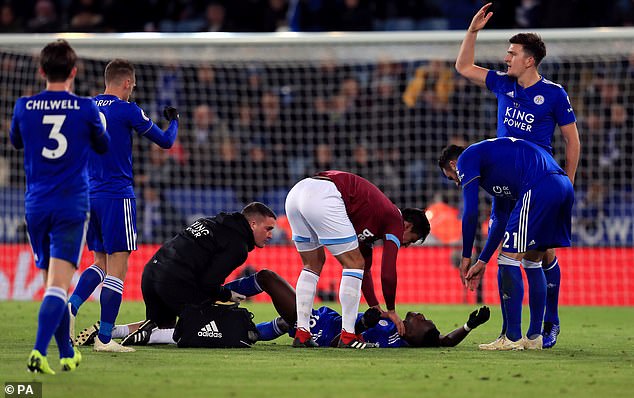 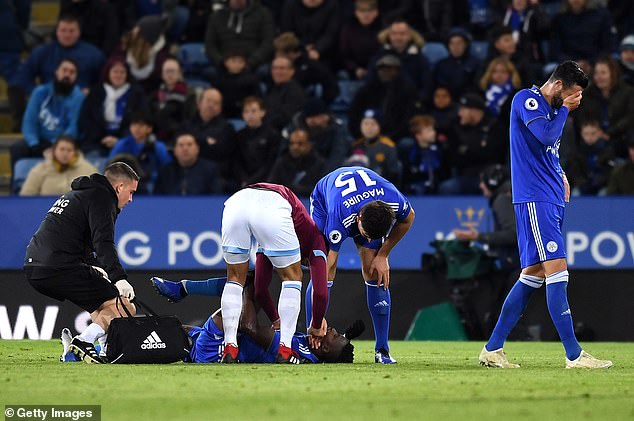 The 23-year-old has been heavily involved for Claude Puel’s side this season, featuring in nine of their ten Premier League games.

West Ham took the lead against Leicester through Fabian Balbuena, but were reduced to ten men when Mark Noble was dismissed.

Leicester secured a point when Wilfred Ndidi scored in the closing stages of the game.

Amartey joined Leicester in January 2016 and featured in their title-winning campaign during his first season at the club. He has made 63 appearances for the club in total. 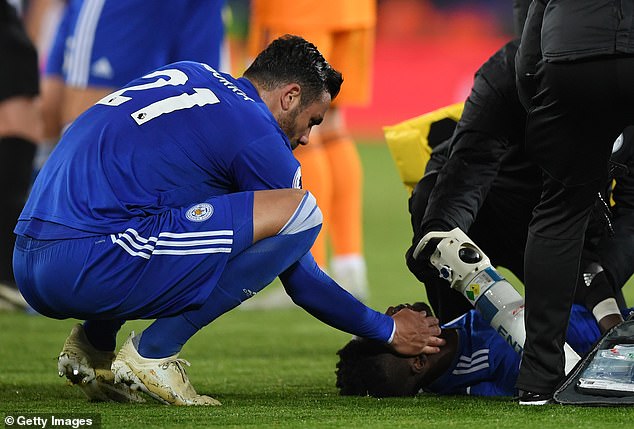 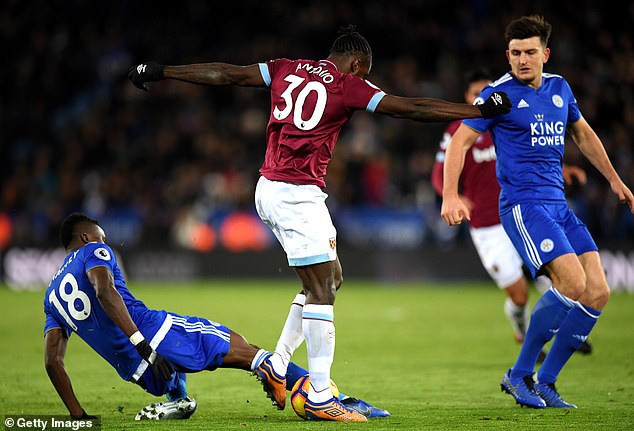 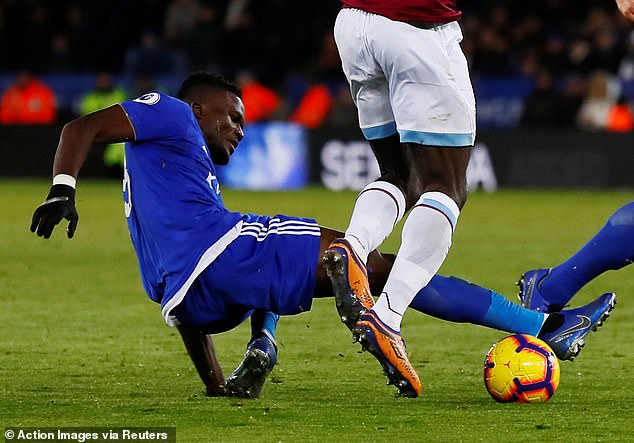