‘It was not the right step at that time’: RB Leipzig boss Julian Nagelsmann claims he turned down Real Madrid offer in 2018 ahead of Champions League clash with city rivals Atletico

RB Leipzig manager Julian Nagelsmann has revealed he turned down the opportunity to join Real Madrid in 2018, suggesting a move to the Bernabeu would not have been the ‘right step’ to take in his career.

Nagelsmann became the youngest manager in Bundesliga history when he took charge of Hoffenheim in 2016 at the age of 28, and won admirers across Europe when he secured Champions League qualification for the first time in the club’s history.

The German was appointed RB Leipzig boss in June 2019 and led the club to a third-placed finish in his first season at the helm. However, he almost joined Los Blancos instead when Zinedine Zidane’s first spell came to an end in May 2018. 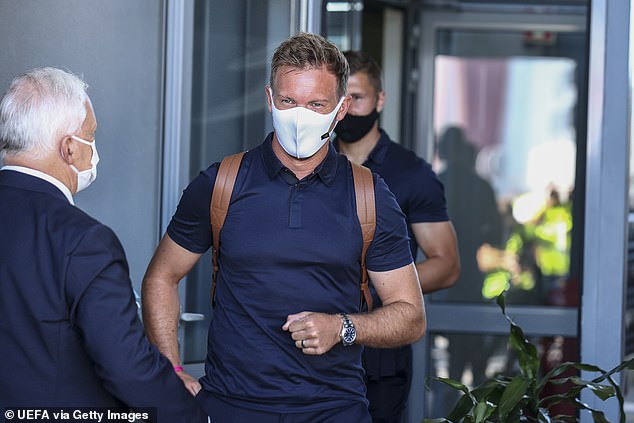 ‘We had phone calls, but in the end the one who decided was me,’ he told Marca. ‘I believed it was not the right step to go to Real Madrid.

‘I was one of the candidates and the list was not very long. For me, that was important. I had a good chat with Jose Angel Sanchez and we decided that it was not the right step at that time. We agreed that we could talk again in the future if Real Madrid needed a coach – and I was available.’

Meanwhile, Nagelsmann is preparing his Leipzig team for their Champions League quarter-final clash with Atletico Madrid in Lisbon, the host city for the tournament’s remaining matches. 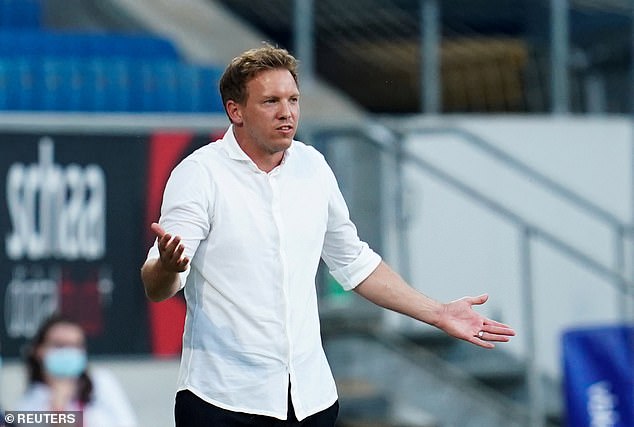 ‘My first thought was: “Oh, they’re a strong team defensively,” he admitted after seeing the draw. ‘We will have to have a very solid block and be efficient in the final third to create danger. We’ll need to be creative and have control.

‘Atletico are a heavyweight of European football, especially in recent years. Diego Simeone has done a great job with a lot of victories.’

‘I would like the normal format because we all miss the fans, that’s obvious,’ he said. ‘But I think it’s a bit easier for us to play in a single game than in a round trip because they have more experience when it comes to managing the second leg.’

The winner of Thursday night’s quarter-final will either take on PSG or Atalanta in the final four. Semi-final matches will take place on August 18-19, with the final being held on August 23.

Man Utd vs LASK will take place behind closed doors