L’Equipe SLAM Kylian Mbappe with a 4/10 rating after the striker missed an open goal from close range in PSG’s 1-1 draw with Monaco, while fans claim it would have been harder to score!

Kylian Mbappe has been criticised for a poor showing against Monaco on Sunday night as PSG drew 1-1 with Monaco.

The striker was given an excellent chance to level the game when his side were losing 1-0 in the first half, but managed to hit the post of an open goal from a few yards out.

L’Equipe were quick to pounce on the striker, giving him a 4/10 rating and claiming: ‘A player of his size must score at least one goal.’ 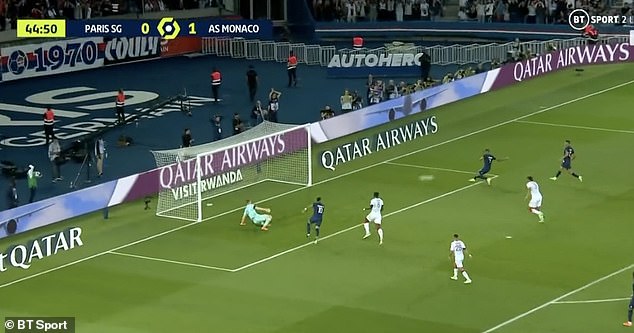 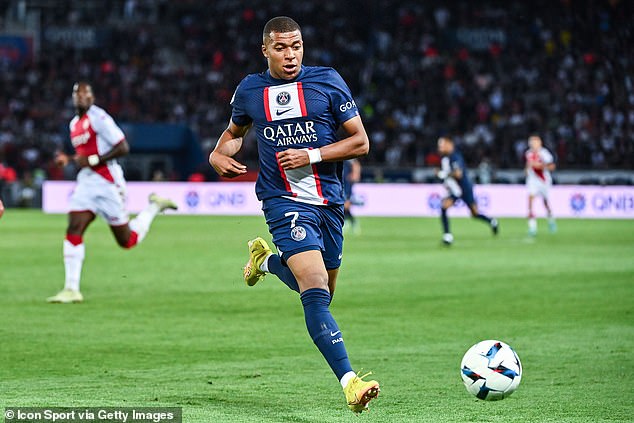 PSG keeper Gianluigi Donnarumma seemed to share their sentiments as he held his held in shock after the miss.

Ratings for the rest of the team were not much better, as only Neymar, Nuno Mendes and Marco Verratti  were given ratings above five.

New signing Renato Sanches was the worst offender, picking up a 3/10.

Fans laid into Mbappe on Twitter after the game, with one questioning ‘how the ‘f*** has Mbappe missed from there?’ While others felt it would have been ‘harder to hit the netting’.

Another supporter wrote: ‘I see that spell Pogba put on Mbappe is working’, in reference to accusation from Paul Pogba’s brother than the Juventus star had placed a curse on his international team-mate. 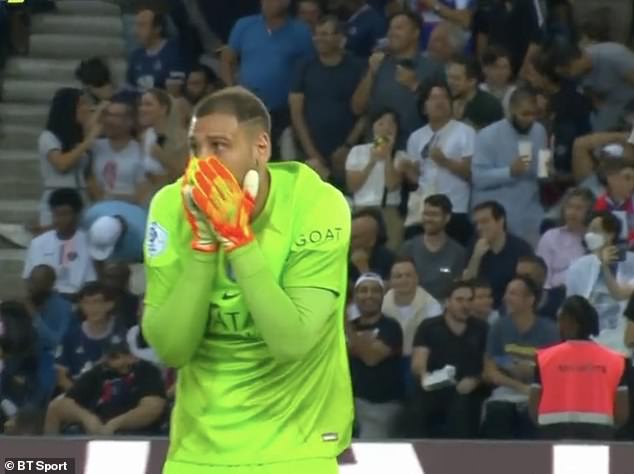 The draw came in stark contrast to PSG’s last Ligue 1 outing that saw them beat Lille 7-1 after goals from Neymar, Mbappe and Lionel Messi.

It was Lille goalkeeper Leo Dubois on the receiving end of L’Equipe’s damning ratings then, as he was given a 1/10. PSG’s front three all received nines, as 10/10 is notoriously rare from the French newspaper.

Despite the draw on Sunday, the French Giants remain top of Ligue 1 with a staggering goal difference of 14 from just four games.

They will be hoping to get back to winning ways in their next match against Nantes on Saturday.