Robert Lewandowski: All you need to know about Polish striker

Barcelona star Robert Lewandowski has admitted it was a ‘tough’ night for the club as they lost 2-0 to Bayern Munich in the Champions League on Tuesday night. The Poland international returned to the Allianz Arena for the first time since departing back in the summer transfer window. However, it was a night to forget for the veteran as goals from Lucas Hernandez and Leroy Sane gave the home side all three points.

Barcelona were the better team in the first half against Bayern Munich, with Lewandowski twice going close as the Catalan giants looked to claim victory.

Yet goals from Hernandez and Sane after the interval changed the game, with Julian Nagelsmann’s side holding on to secure a vital European win.

For Lewandowski, it was a night to forget. Though he posed a threat in the first half, the 34-year-old was nullified in the second against his old side.

And, taking to Instagram in the aftermath of the defeat, the former Bayern star admitted it was a ‘tough’ night for himself and his team-mates as they crashed to defeat.

“It was a tough evening. Now it’s time to focus on the future,” he said, sharing an image of himself applauding fans inside the stadium.

Lewandowski has been in outstanding form since moving to Barcelona from Bayern back in the summer transfer window. 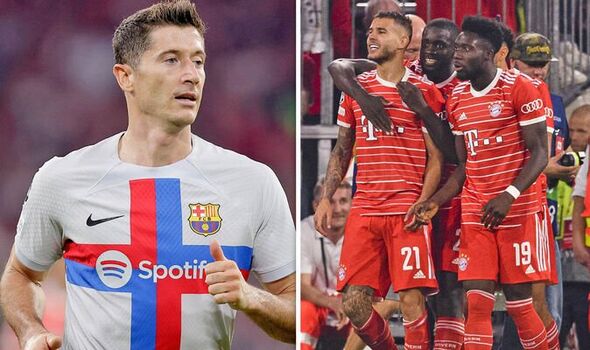 Prior to the match against his old employers, the Poland international had bagged eight goals in six matches across all competitions.

That included a hat-trick against Viktoria Plzen, as well as braces against Real Sociedad and Real Valladolid.

But Lewandowski was unable to make his mark against Bayern, with Barcelona slipping to a first defeat of the season in the process.

Barcelona are in a group of death that also consists of Serie A giants Inter Milan, who are hoping to win the competition for the first time since 2010.

And Inter picked up their first Champions League win of the campaign with a 2-0 win at Viktoria Plzen, with Edin Dzeko and Denzem Dumfries both on target.

Speaking after his team lost to Bayern, meanwhile, Xavi rued his side’s lack of cutting edge. 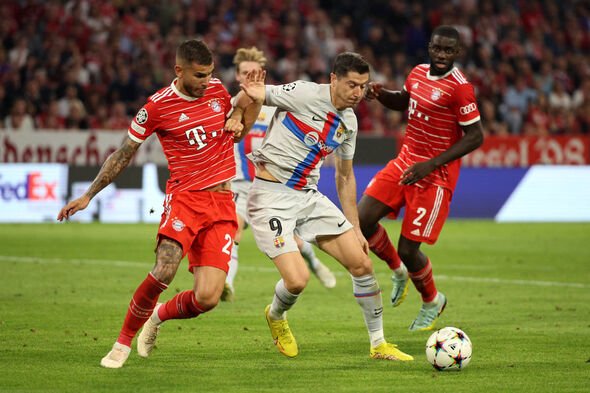 “The difference between us and Bayern is that they don’t forgive in front of goal,” Xavi said.

“The result is not a reflection of the entire match. But this is the Champions League.

“If you miss chances, you will end up paying that. We messed up. This defeat is a step backwards.

“We had six or seven clear chances to score. The first half was ours. We did enough not only to draw, but we should have won. We should learn from our mistakes and keep working hard.”

And Xavi also claimed he was ‘mad’ as well, insisting Lewandowski, Pedri and Raphinha should all have scored. 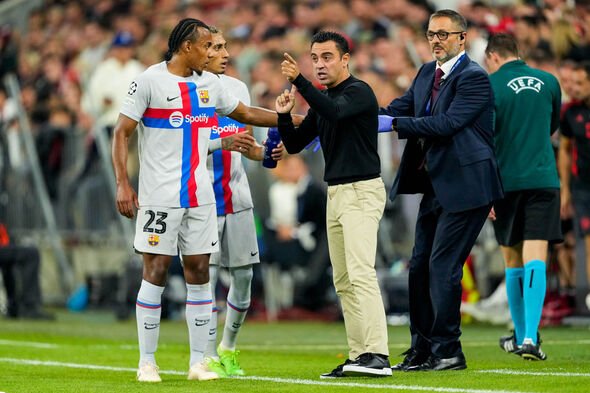 “I’m mad because we should have won. We played a match to win,” added the Spaniard.

“Lewandowski missed chances, Pedri got two, Raphinha from outside the box… this is disappointing and unfair.

“Competing means winning corners, closing transitions, or having a chance in front of the goalkeeper and scoring it.

“I’m leaving angry. We had to win today. We have to be more effective in both of the areas.

“You could say that Bayern already have a built team. We’re under construction, only at the beginning of our journey.”

“This result doesn’t tell the true story. Our first half display merited much more than 0-0 at half time,” he said.

“We had opportunities to go ahead, but if you miss against a big team like Bayern, you end up paying for it.

“But of course if you fail to put chances away against a big rival like Bayern you’ll end up paying.

“They went ahead from our marking mistake at the corner. But it’s time to get on with things now – and to remember that we produced a very good first half.”