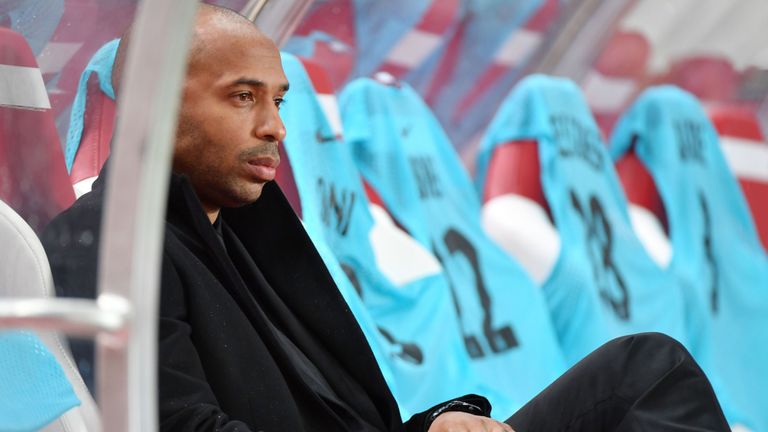 Thierry Henry is still waiting for his first win as Monaco head coach after a 1-0 loss at Reims.

While Henry’s wait for a victory goes on, there was better news for his old Arsenal and France team-mate Patrick Vieira. The former midfielder oversaw Nice’s 1-0 win against Amiens, with Prince-Desir Gouano’s first-half own goal the difference on the Cote d’Azur.

Houssem Aouar had put the hosts ahead at the Groupama Stadium as half-time approached, but sub Andreas Cornelius secured the draw, coming off the bench and firing home in the 73rd minute.

Strasbourg are up to sixth in the Ligue 1 standings despite being held to a 1-1 draw at home to Toulouse.

Nimes romped to a 4-0 win at fellow strugglers Dijon, putting some space between themselves and the relegation zone. There was also an away win for Rennes, who triumphed 2-1 at Caen on Saturday evening.

MARTIN SAMUEL: Why Chelsea would be MAD to back Lukaku over Tuchel