The news was confirmed on Saturday morning in a club statement, with 28-year-old Lingard now isolating in line with government and Premier League guidelines.

Meanwhile, England pair Harry Maguire and Luke Shaw will all start Saturday’s clash at Old Trafford, as will forward Anthony Martial as the Red Devils build towards their Premier League opener against Leeds next Saturday. 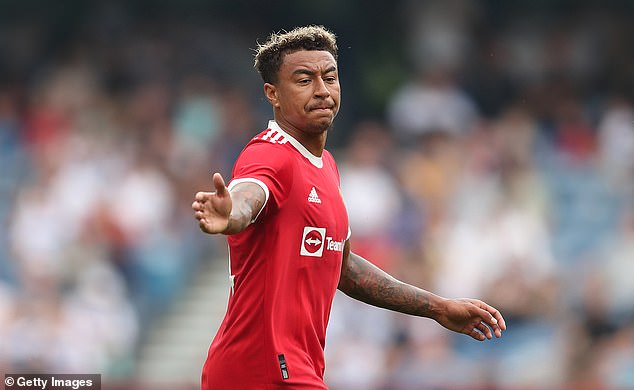 Lingard tweeted: ‘Really gutted to have tested positive after a good pre season, luckily I feel fine and will follow the guidelines and be back with the boys on pitch very soon! Thank you for your support.’

A club statement read: ‘We can reveal that Harry Maguire, Luke Shaw and Anthony Martial will all start Manchester United’s pre-season friendly against Everton today.

‘Unfortunately, Jesse Lingard is unavailable after testing positive for Covid-19. He is isolating in line with Government and Premier League Guidelines.

‘There will be 55,000 fans at Old Trafford today and supporters without a ticket can of course watch the 12:45 BST kick-off live on MUTV.

‘The likes of David De Gea, Victor Lindelof, Bruno Fernandes and Paul Pogba all hope to feature for the first time this summer, after returning to training this week.’ 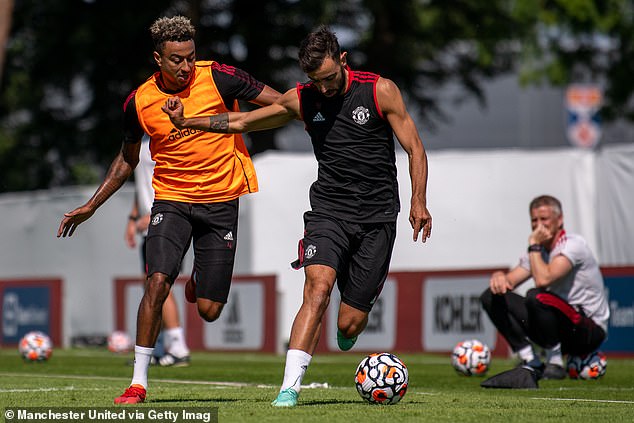 ‘You want to see good performances going into next week – intensity today is important,’ he added.

‘We will make a few changes because we need to have people ready.’