Amid a tear-laden departure from Barcelona, Lionel Messi confirmed a transfer to PSG is a “possibility” but stated he has nothing “confirmed” with any side and he has fielded a lot of calls from “interested clubs”.

At his departure press conference at the Camp Nou, the Argentine great thanked the people of the club and fans for years of success, silverware and support, while explaining how different this year’s departure was compared to last year – when he wanted and expected to leave, but was not allowed to.

Before taking questions from the media, Messi was given a thunderous applause and standing ovation by the assembled journalists, team-mates and family members, as he visibly broke down on stage at the enormity of the moment.

Messi reiterated Joan Laporta’s stance that the deal was agreed until the last moment, at which point it became clear that it was not possible due to finances and other “obstacles” from LaLiga.

He reaffirmed that while last year he did not want to stay, this year he fully expected and wanted to.

Highlights from his question and answer session included:

Messi says supporters were “not given false hope” and that he was “clear” the contract situation was sorted out and ready to be inked, before those plans were sent tumbling – saying “my blood ran cold” when he heard the news for the first time that he couldn’t sign, and says it’s time to move on.

“The club has a debt and can’t afford it. To draw it out would make things even more complicated,” he explained.

“I need to think about things as well and focus on my career and what I need to do from now on. I did everything I could to stay and it wasn’t possible. I can’t say anything more than that.

“I offered to reduce my salary by 50% and they didn’t ask anything more. Claims I asked for 30% more are a lie.”

The forward insisted he had no problem with Javier Tebas, president of LaLiga, who some have suggested was central to rules prohibiting Barcelona renewing Messi’s contract. 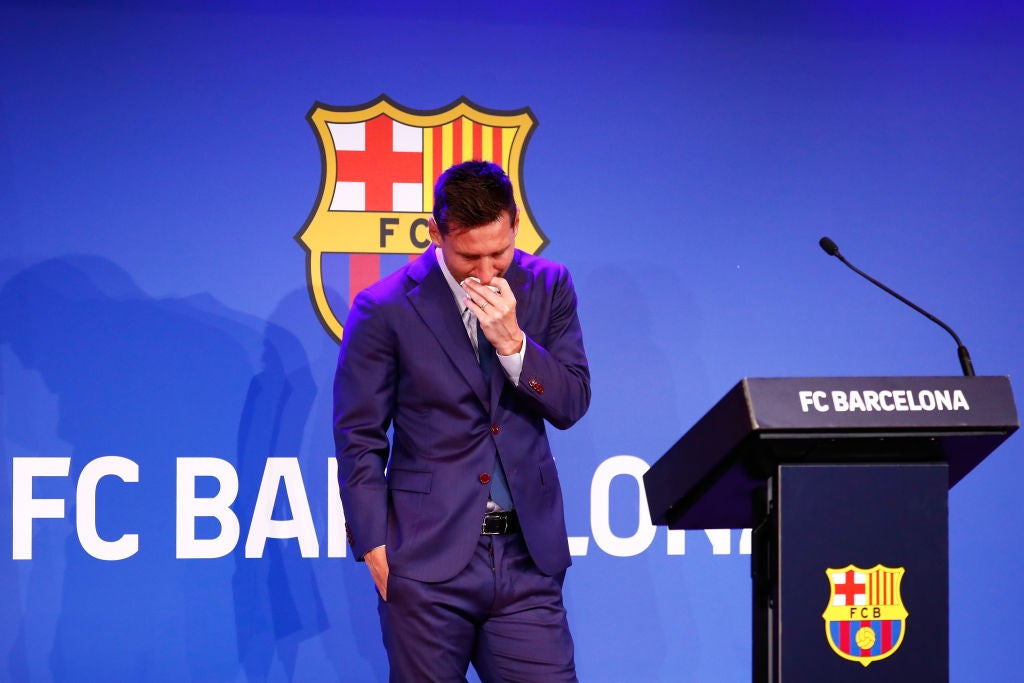 With PSG strongly linked, the possibility of facing Barcelona as an opponent came up and Messi simply stated he would play as he always had: to score, to earn victory, to chase trophies.

“That’s my mentality and I want to win. I’m going to a club that will compete with this club, I didn’t want to leave but I have to and I have to continue my path to winning,” he continued.

“I would have liked to win another Champions League, we got knocked out by Liverpool in the semi-finals which stopped us getting to another final and then against Pep (Guardiola, with Man City), but now I look to winning other things. I don’t regret anything, I always gave my best. I feel we could have won one more and it’s nice to win more titles but I’m ending my career here with a good amount.”

He also clarified that a recent meeting on holiday with Neymar, Marco Verratti and Leandro Paredes – all PSG players – was a real coincidence, being friends with them and simply going to meet them while in the same place.

Messi’s Barcelona career ended with 672 goals in 778 appearances and he finally added an international title this summer, winning the Copa America with Argentina – but now the world of football awaits to see whether his next destination is indeed PSG as expected, a surprise alternative.