Manchester City host Real Madrid at the Etihad Stadium this evening in the second leg of Champions League round of 16.

Pep Guardiola’s side hold an away goal advantage heading into the second leg, having overcome Los Blancos 2-1 at the Bernebeu five months ago.

While City have seen their CAS ban overturned, meaning they will still play in the Champions League next season, the stakes remain high as the club look to secure that European major trophy which has eluded them for some time.

But they’ll have to see off a Madrid side which has looked rejuvenated since the return of football. Zinedine Zidane’s men cruised to the LaLiga title in impressive fashion and are looking to overturn the deficit.

Sportsmail will provide live coverage of Man City vs Real including score, lineups and build-up.

Just half an hour to go until kick off now, folks, as pre-match snaps come through of City readying themselves for tonight’s game. 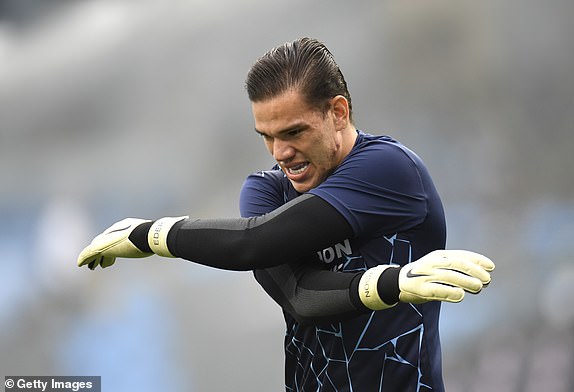 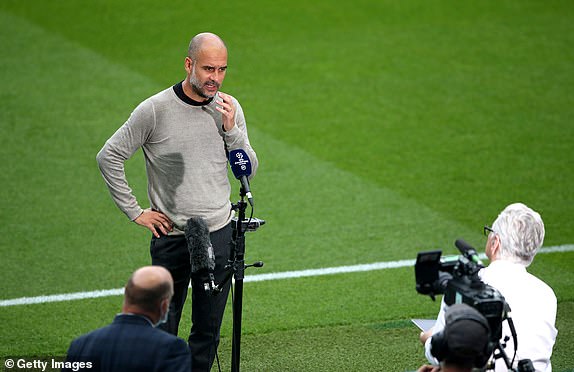 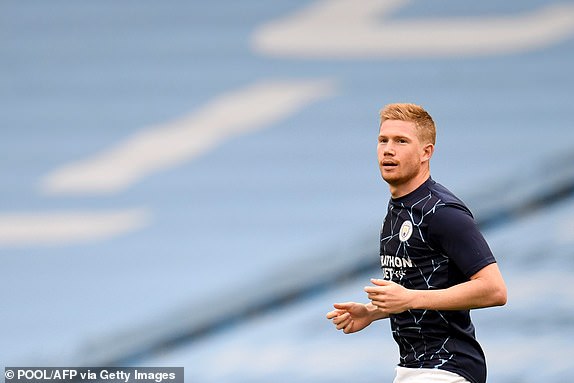 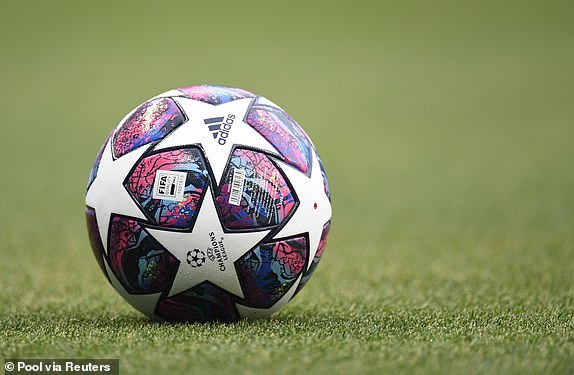 Will it be a case of City’s prolific strike force against Madrid’s formidable defence? How big will Ramos’ absence be for the visitors? All your big questions answered as Sportsmail previews tonight’s mammoth game at the Etihad Stadium.

And for Madrid, Zidane calls up Eder Militao to partner Raphael Varane at centre back, with club captain and talisman Sergio Ramos suspended as a result of his red card in the first leg.

Eden Hazard starts and will be looking to have a strong impact on the game on his return to England this evening.

There are two big takeaways from City’s line-up this evening. Phil Foden is handed a starting place by Guardiola, in a huge sign of faith shown to the youngster. Riyad Mahrez was outstanding at the Bernebeu but has to settle for the bench.

Meanwhile, Fernandinho partners Laporte at centre back ahead of John Stones, Nicolas Otamendi and Eric Garcia – who Guardiola said yesterday is looking to leave the club.

It was over five months ago so you may well need a reminder of how the first leg of this mammoth contest played out at the Bernebeu.

Gareth Bale has risked the wrath of his Real Madrid team-mates, manager Zinedine Zidane and their fans after being filmed playing golf just hours before his side played Manchester City in the Champions League.

The Welsh star asked the Real boss not to be included in Real’s squad for the Champions League showdown at the Etihad Stadium after concluding he wouldn’t play a single minute of the game.

But he was shown on Spanish TV channel El Chiringuito de Jugones playing a few rounds ahead of the clash against Pep Guardiola’s men. Zidane failed to play Bale in Real’s final seven league matches of the season after he fell out of favour.

Welcome to Sportsmaill’s live coverage of Manchester City vs. Real Madrid in their Champions League round of 16 second leg tie at the Etihad Stadium.

It’s been a sweltering day and it’s likely to heat up on the pitch with City looking to hold onto an away goal advantage to book their place in the quarter finals in Portugal.

Stay tuned for all the build up and live updates as they happen this evening. Kick Off 8pm. 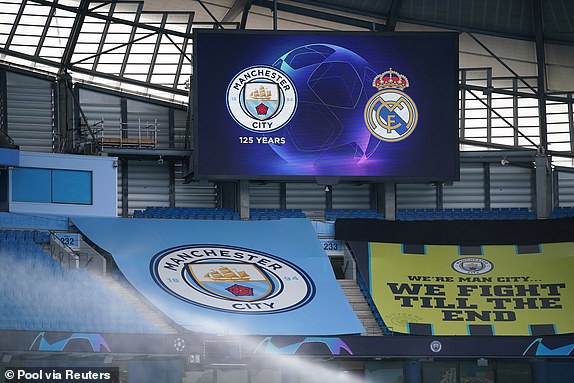