Liverpool goalkeeper Alisson Becker has heaped praise on Reds boss Jurgen Klopp for the way he approached this season, and discussed the way the team coped with getting knocked out of the Champions League early.  Becker opened up about how “exhausting” the season had been for him and his team-mates.

Liverpool were incredible this season, winning the Premier League by a landslide.

The Reds achieved the feat after winning the Champions League last summer, completing a brilliant 12 months for the Merseyside giants.

Their Premier League title run was disrupted by the coronavirus pandemic, as the Reds had to wait for three months before getting their hands on the title.

Despite being 25 points clear at the top of the table at one point, there were doubts as to whether they would be able to win the league on the pitch or if the season would be declared null and void. 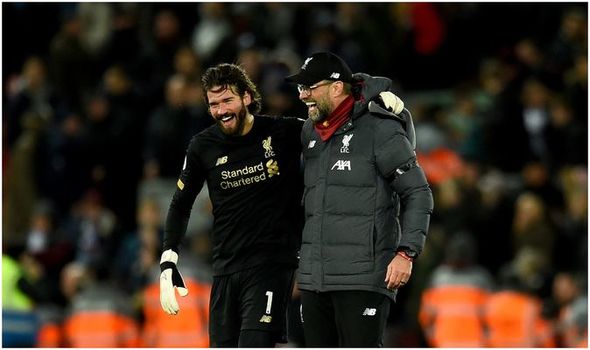 And Alisson has opened up on the uncertainty, and conceded that the season was tough for him and his team-mates.

Speaking to ESPN Brasil, Alisson discussed the campaign as a whole, while praising Klopp’s impact on the side.

He explained the role Klopp had in keeping the group together and focused while waiting for their chance to win for the title.

Becker said: “This was one of the most exhausting seasons I’ve ever had.

“I don’t know if it was due to the pandemic, the longer season… It was also one of the seasons I played less games because of injuries.

“We got out of the Champions League early, but I think this exhaustion comes from just giving everything we have every time.

“Klopp has a great portion of that, just telling us what the main objective is.

“We also care about how we are going to get to that objective — training, just how he manages our training sessions. 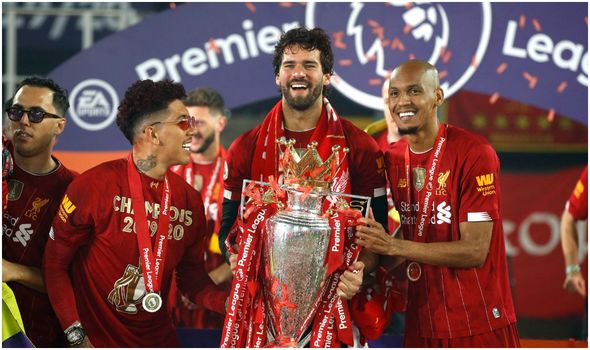 “He trusts us to do what he wants us to do, on not only training sessions, but also a day-to-day basis.

“Our group is certainly very strong. Each player has so much quality individually, and we have at least four players always at the top, the best in the world in their positions, and that makes it a special team.

“But what really makes a difference is the way we play together.

“We think as one, we all have the same objective, and that is doing everything we can to get those goals, laying it all out mentally and physically.”

Who are the three players Man Utd need to sign to challenge Liverpool?