Joe Gomez has given a glimpse of the true extent of his injury with a large scar on his left knee after being pictured putting in the work in the gym to step up his recovery. Gomez had established himself as the favoured centre-back partner to Virgil van Dijk at the start of the season as Liverpool looked to begin the defence of their Premier League crown.

But Klopp was dealt a hammer blow early on when both Van Dijk and Gomez were ruled out for long-term injuries within the space of a few weeks.

Gomez is said to have suffered a horrific knee injury during training while on England duty in early November.

His knee reportedly gave way under no challenge from any of his England team-mates and underwent surgery to repair the tendon.

No timeframe on his potential return was set by Liverpool, although early reports suggested he was unlikely to feature again this season.

JUST IN: Man Utd backed by Wayne Rooney to beat Liverpool and Man City to title 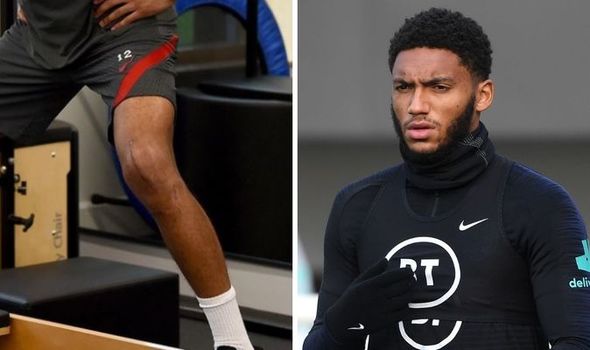 But the centre-back has seemingly stepped up his recovery this week with Liverpool publishing photos of Gomez putting in work at the AXA Training Centre in Kirkby.

And most noticeable in the pictures was the size of the scar on Gomez’s left knee from where he had undergone surgery.

It’s still unclear when Gomez could potentially return, but pictures of him working out are a sign that his rehabilitation progress is going well.

Van Dijk meanwhile has spent most of his time recovering from his injury in Dubai recently and met up with former team-mate Dejan Lovren in the Middle East.

The Netherlands international suffered serious anterior cruciate ligament damage in the Merseyside derby after a reckless challenge from Jordan Pickford.

Just like Gomez, Liverpool have refused to suggest a possible return date for Van Dijk.

And while Klopp shares a similar stance, the Liverpool boss recently spoke about the colossus defender and appeared happy at Van Dijk’s progress.

“I don’t know what is possible and what is not, I don’t think I am the right person to judge it,” Klopp said.

“He looks really good and I spoke to him this morning and he is in a good mood, so it is all very promising. 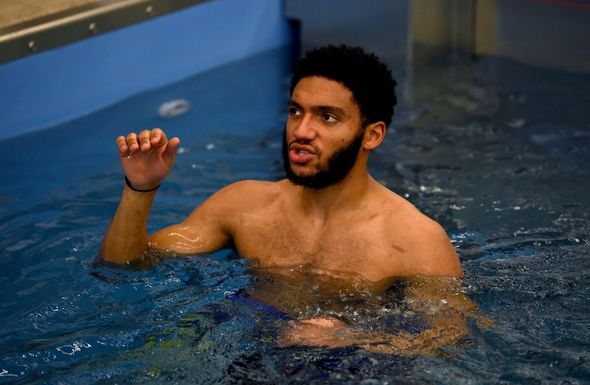 “But I don’t know when he will be back. There are for sure a lot of stages to go over and to pass, that is clear.

“I had this injury myself but for the time we are in and how long he is out now, and how long the rehabilitation is going on, he looks really really promising. But that is all.”

Diogo Jota has also been absent from Liverpool training since December after suffering a knee injury with Klopp offering a brief update on the summer signing’s condition.

“Diogo’s knee brace is partly off. That is how it is. At home he is wearing it. Here he is not,” Klopp said.

Football: Solskjaer vows he will not 'fall like a house of cards' after Man United defeats