Liverpool have reportedly been dealt another huge injury blow, as Diogo Jota could miss two months of action with a knee injury.

The Portuguese star played 87 minutes of his side’s Champions League draw against Midjtylland – despite Liverpool having already qualified to the next round.

Jurgen Klopp’s side has been plagued by injuries so far this season, particularly in defence and midfield. 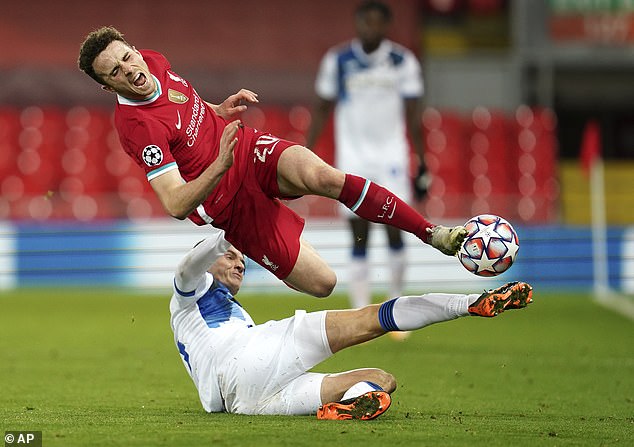 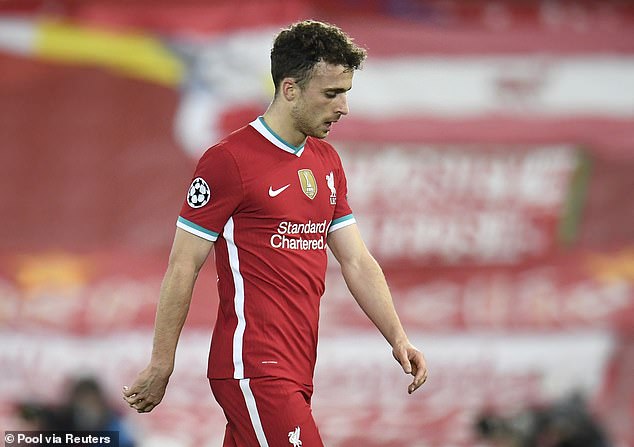 But it now seems to have hit their deadly attacking line, as Portuguese website Record, have reported the 24-year-old could be out until February due to the injury.

Jota has been in lethal form for Liverpool this season since completing a £41m summer move from Wolves.

The 24-year-old has exceeded expectations, with many feeling he would be a back-up to the front three.

However he has scored nine goals in 17 appearances across all competitions and has had more game-time than some might have thought he would get in his early days at Anfield.

Losing Jota will be a huge blow for the upcoming busy Christmas period with the Reds set to play every three of four days up until the New Year – putting more pressure on forwards Mo Salah, Sadio Mane and Roberto Firmino to start every game.

If he does miss the next two months, he could miss tricky fixtures against Tottenham, Manchester United and City.

Klopp said in his pre-match press conference ahead of their game with Fulham: ‘We had a game (against Midtjylland) and after the game we obviously had some niggles I would say, but (they) can be more, we have to see. The diagnoses are not finally done. 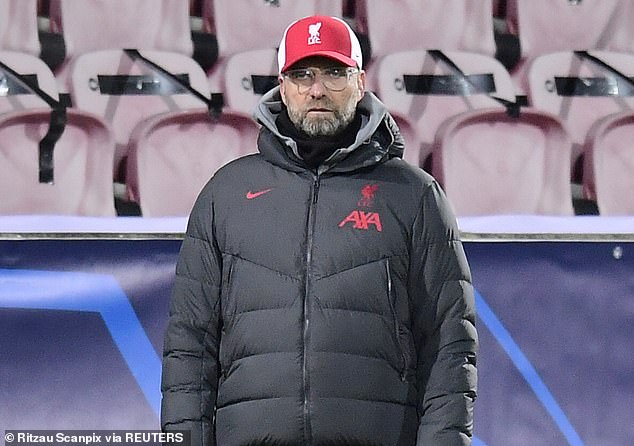 ‘Kostas (Tsimikas) we have to see, Diogo we have to see – he got a knock as well. That’s it from the game, I think. Apart from that, Alex Oxlade-Chaimberlain is in normal training. He has been doing parts of training now for a week or so, he is now in full training and we will see.

‘So the situation probably demands to involve him as soon as possible, but I don’t know if the weekend is that already. Nobody else is coming back, I’m afraid.’

Other Liverpool stars currently out of action include Virgil van Dijk, Joe Gomez, Thiago, James Milner and Xherdan Shaqiri while Allison could also return on Sunday.