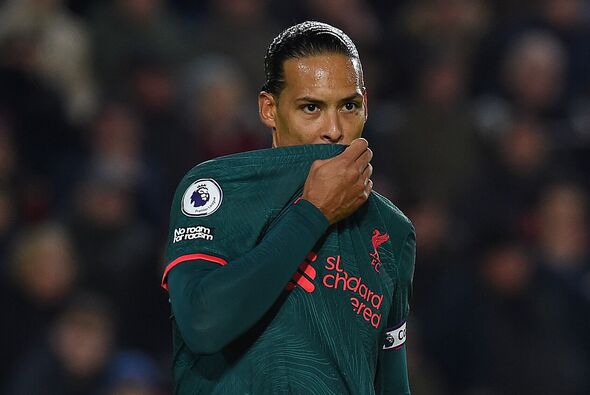 Van Dijk was substituted at half-time in Liverpool’s 3-1 defeat by Brentford. The 31-year-old appeared to have suffered a hamstring injury, prompting concern that he could remain absent for a long period.

However, Klopp has now revealed that while it is not a ‘short-term’ injury, the centre-back will miss the next few weeks. It comes after Van Dijk saw a specialist in the aftermath of Monday’s game.

“It’s not a short-term and I had longer-term injuries as well in my career as a manager,” the Liverpool boss said. “So, it’s somewhere in between. He will be out for a few weeks, definitely.”

Liverpool suffered their fifth defeat of the Premier League campaign against Brentford. The Reds are sixth in the top-flight, seven points off the Champions League qualification places.

Klopp’s side host Wolves in the FA Cup on Saturday hoping to rediscover their form. Captain Jordan Henderson is available for selection after suffering a concussion in the build-up to the Brentford match.

“He did exactly what he was allowed to do yesterday – big parts of team training without heading,” Klopp added. “And from today on, I think he’s completely allowed to do everything.”