‘Hopefully it’s like this until end of the season’: Liverpool boss Jurgen Klopp hopes title race goes down to the wire

Who will blink first? It is a question that usually gets asked of title contenders in those nerve-shredding final weeks, not seven days after the clocks went back.

Autumn should be the stage when the peloton forms some kind of order but such is the breakneck pace being set by Manchester City, Jurgen Klopp on Friday found himself dealing with questions about the need for Liverpool to go Arsenal and win.

There is a distinct feeling that the next moment Liverpool drop points in the Premier League, City will start to stretch away like a champion racehorse leaving a galloping companion in its wake. This is a unique situation, not what you would expect on the first Saturday in November. 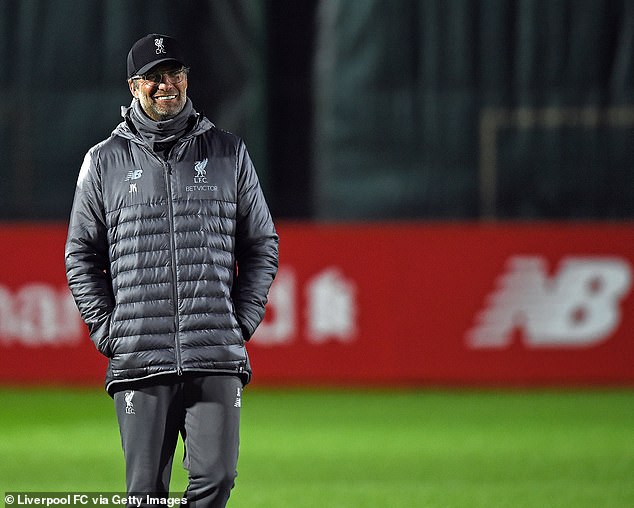 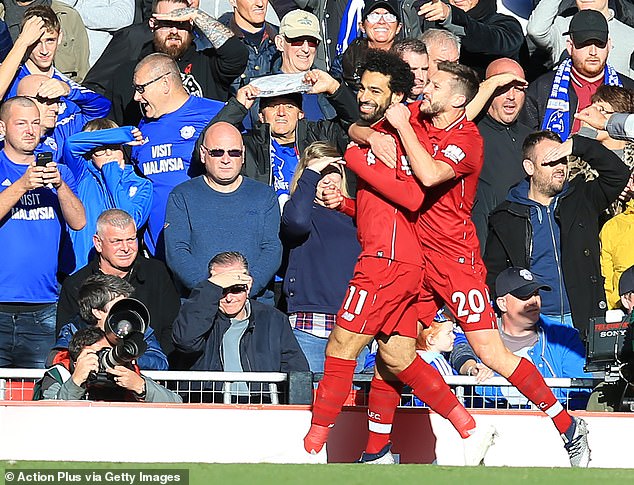 Klopp’s Liverpool side currently sit second in the league, level on points with Manchester City

High stakes mean high pressure but none of this is having an effect on Klopp. He is enjoying every minute, so much so that ahead of a trip to the Emirates Stadium he was prepared to make a statement that he insists will be relevant whether Liverpool win, lose or draw in North London.

‘Hopefully it stays like this until the end of the season,’ said Klopp. ‘It is probably the most exciting season for years. In Germany, they were constantly complaining about Bayern Munich and everybody knowing who will be champion by October. It’s not like that this year.

‘Last year a few teams played really good seasons in the Premier League but there was no chance to catch City because, by October-November last year, the gap was already that big. I remember when we played City last season, when we lost there 5-0 (in September). 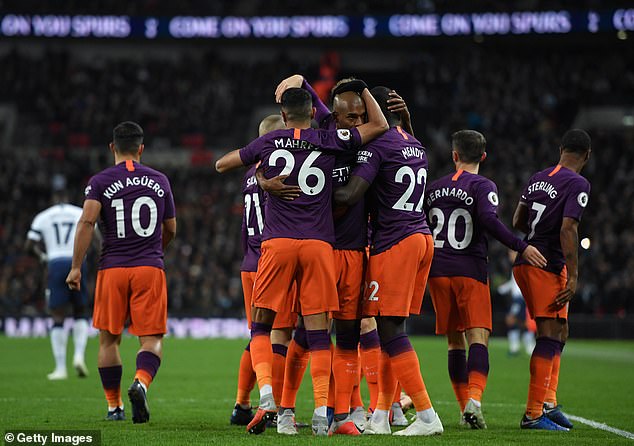 ‘That was the day City really clicked. It looked good for them before that but in that game they got all the confidence and we got the opposite and it led to a 25-point gap or whatever. For us it is not important what other teams are doing, only if we play them.

‘It doesn’t make sense to think (about pressure) as it puts you in a situation where you feel like you are not in charge. You (cannot keep) reacting to what they do. We are really focused on us and that’s the only way I know it will work.’

And it has been working so far. Liverpool have been outstanding away from home this season, taking 13 points from a possible 15, while their record over the last 12 months has been superb with the only defeats suffered coming at Old Trafford, Stamford Bridge and, surprisingly, the Liberty Stadium.

One of their best performances came at the Emirates before Christmas when they should have returned with something better than a 3-3 draw and they have been particularly proficient in scoring goals against Arsenal, plundering 17 in the last five Premier League meetings. 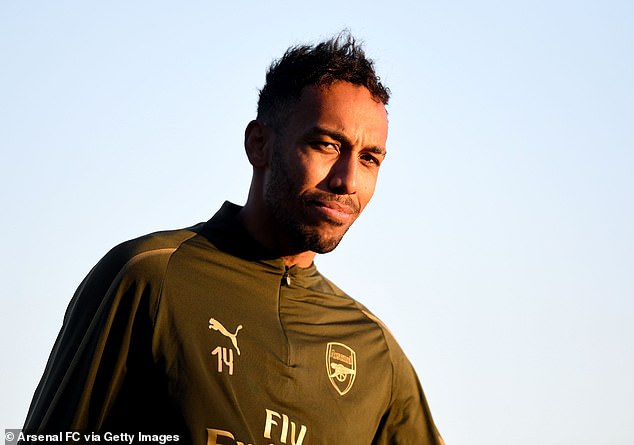 They will be favourites on Saturday evening but Klopp is mindful of the menace an old ally poses. He was the man who propelled Pierre-Emerick Aubameyang on the road to stardom when he signed him for Borussia Dortmund in 2013.

‘I owe him a lot,’ Aubameyang once told Sportsmail. ‘It was great to work with him and he taught me many things. If I play like this as a striker now, it is because of him.’ There was never any possibility of the pair being reunited at Anfield – Liverpool never entered the race to sign him when Dortmund were ready to offload – but the relationship between the two is good and Klopp is aware of the danger Aubameyang brings.

‘Ah, Auba,’ said Klopp with a telling smile. ‘Yes, the biggest threat: speed. It’s unbelievable. He’s one of the best players for the counter attack that you can find on this planet because of the timing of the runs and the really outstanding finishing record in situations like that.

‘When we scouted him at Saint Etienne he played more from the wing and he played more for me at Dortmund on the wing as well because for us it was not clear how he could keep the ball up front with his back to the opponent, stuff like that. But then, he ended up doing that really well as well.

‘He can play both positions, from the wing or as a single striker or together with another striker. This makes him a very good player to be honest. He’s a really nice guy; very, very nice guy with different tastes gear wise, stuff like that. It was always really a pleasure to work with him.’

It will only a pleasure to see him again, however, if Liverpool have again moved forward in this marathon that is being run at sprint. 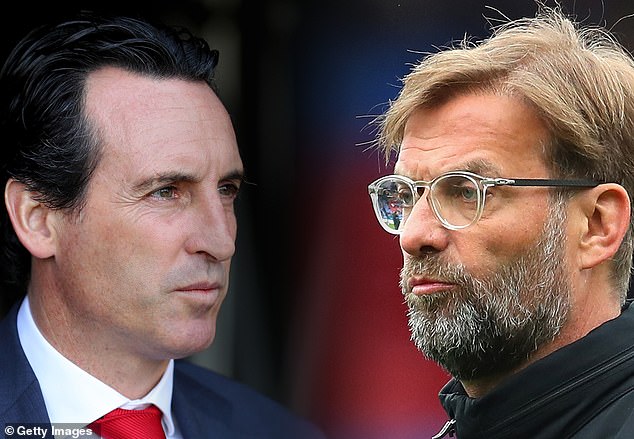