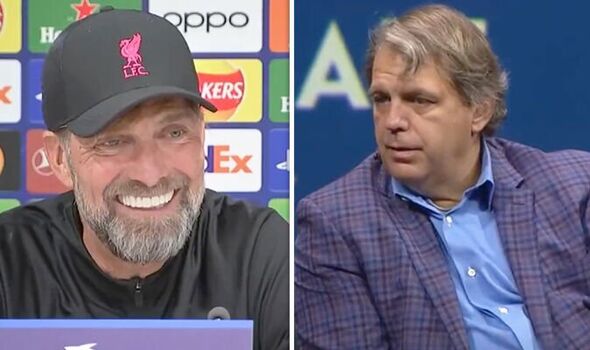 Liverpool boss Jurgen Klopp has hit back at Chelsea owner Todd Boehly following his suggestion of playing a Premier League North vs South All-Star game like the USA in sports like basketball and American football. Boehly made the suggestion on Tuesday but Klopp has ridiculed the idea from the American owner.

The new Chelsea chief wants the Premier League to follow more in the footsteps of American sport. He believes a good way to make money for the football pyramid would be through an All-Star game.

Speaking at a SALT conference in New York, Boehly said: “Ultimately I hope the Premier League takes a little bit of a lesson from American sports. And really starts to figure out, why don’t we do a tournament with the bottom four sports teams, why isn’t there an All-Star game?

“People are talking about more money for the pyramid, in the MLB All-Star game this year we made $200m from a Monday and a Tuesday. So we’re thinking we could do a North versus South All-Star game for the Premier League, for whatever the pyramid needed quite easily.”

The idea was sprung upon Klopp in his post-match press conference following the Champions League win over Ajax on Tuesday. But it was clear to see he was not impressed by the idea.

He questioned when such a match would be played in the hugely congested fixture schedule. The German doubts whether English football fans would want to see such a game and hit back at the idea of rival players being on the same team.

Klopp responded: “He doesn’t wait long. When he finds a date for that he can call me. He forgets in American sports these players have four-month breaks so they are quite happy they can do a little bit of sport in these breaks.

“It’s completely different in football. Does he want to bring the Harlem Globetrotters as well and let them play against a football team? 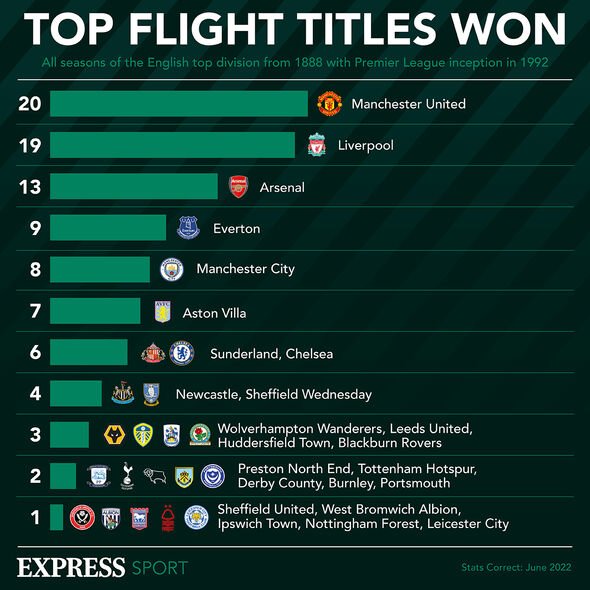 “I’m surprised by the question so please don’t judge my answers too much, but maybe he can explain it to me at one point and find a proper date. I’m not sure people want to see that.

“Imagine that, [Manchester] United, Liverpool, Everton, Newcastle players all on one team that’s not the national team, just a North team. Interesting game.

“All the London guys together. Arsenal, Tottenham. Great.”

Klopp wanted to be sure Boehly actually did make the suggestion. “Did he really say it? Interesting,” he concluded.