Liverpool are reportedly in the running to sign Ousmane Dembele from Barcelona this summer and they could fund a move for the highly-rated France international with five players likely to leave Anfield. Spanish publication Mundo Deportivo named Liverpool as one of several clubs currently monitoring Dembele’s situation at the Nou Camp ahead of the transfer window reopening soon.

There were serious questions being raised on Dembele’s future at Barcelona last year when Ronald Koeman first took charge.

And Manchester United were strongly linked with a move for the winger as reports in Spain suggested that Koeman didn’t see Dembele as part of his future plans.

Part of the concern at Barcelona had been due to Dembele’s poor injury record since joining from Borussia Dortmund.

But the 23-year-old has stayed relatively injury-free this season – bar the five games missed with a hamstring issue back in December.

JUST IN: Liverpool boss Jurgen Klopp has changed his opinion on Sergio Ramos 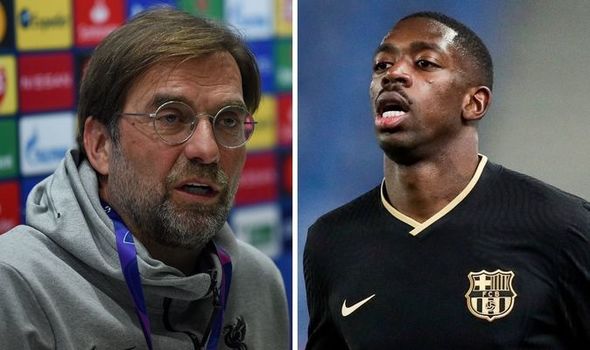 He has started more regularly recently and scored in the 6-1 win over Real Sociedad at the weekend.

However, Barcelona are still to decide on Dembele’s future, who has just a year left on his contract.

That has attracted attention from clubs all over Europe with Liverpool among those said to be keen on making a move.

Barcelona will not let Dembele leave for cheap though having invested in over £100million in the forward back in 2017.

And Liverpool may well have to fund a move for Dembele by offloading several players who are unlikely to play a big role for Jurgen Klopp moving forward.

Divock Origi’s time at Anfield is seemingly coming to an end with the Belgian striker scoring just once in 17 appearances this season.

Xherdan Shaqiri could also be close to an exit having been linked with a move away last year.

Liverpool may not get any compensation for Georginio Wijnaldum’s possible departure with his contract expiring, but the midfielder’s move away would free up some wages. 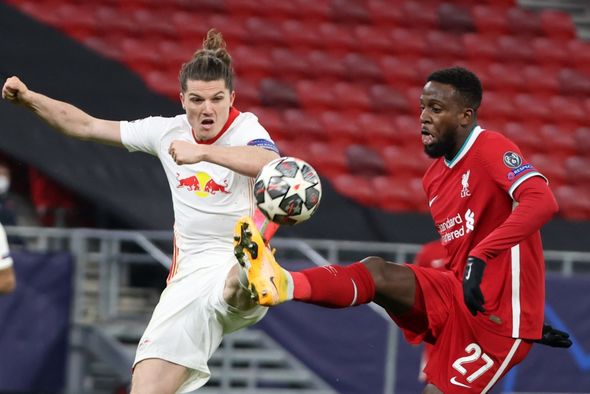 And then there’s both Harry Wilson and Marko Grujic – currently out on loan at Cardiff and Porto respectively.

Neither of them are expected to be back fighting for a regular spot at Liverpool next season.

All four players who could be sold have a combined value of £51m, according to transfermarkt.

And that money could go a long way in their hopes of stealing Dembele away from Barcelona this summer.