Liverpool could be in line for further profit on a player who never featured for the club in Brazilian Allan Rodrigues de Souza.

The playmaker, now starring for Brazilian side Atletico Mineiro, was bought for £500,000 by former Reds boss Brendan Rodgers in 2015 from Internacional.

However, despite impressing in training, Allan never featured for the Reds due to work permit issues and was sold to Atletico Mineiro in 2020 for £3.2m – a £2.7m profit for the Reds – despite never playing in England. 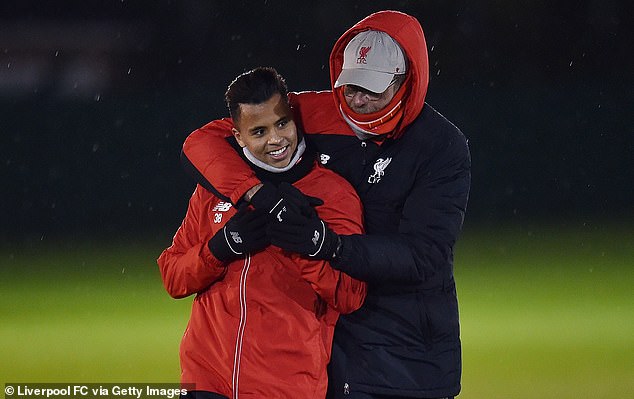 Liverpool could be in line to make more money out of Allan, who did not play for the club (pictured in training with Jurgen Klopp in January 2016 at Melwood) 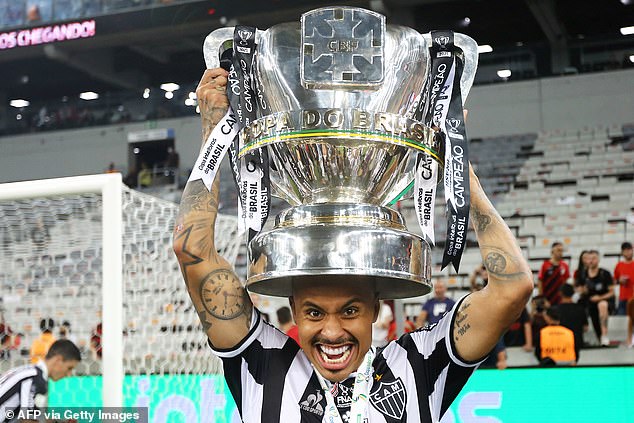 The Brazilian has since gone on to impress at Atletico Mineiro, winning the domestic treble (pic with the Brazilian Cup in December)

And after featuring for a side which did the domestic treble in 2021, the Reds could make even more money if Allan is sold down the line.

A 10 per cent sell-on clause was included in the deal, with the highly-rated Allan currently valued at £5.4m by Transfermarkt.

During his time attached to Liverpool, Allan was sent out on loan to clubs in four different countries in Europe –  Finland, Belgium, Germany and Cyprus – as well as a stint in his homeland with Fluminense.

It was much to Klopp’s irritation that he was never able to field Allan competitively, with the German once revealing: ‘When I came here, one or two months later Allan was here and I said, “who is this?” 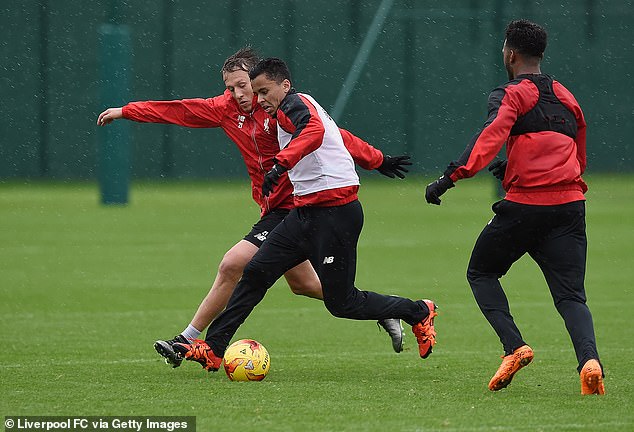 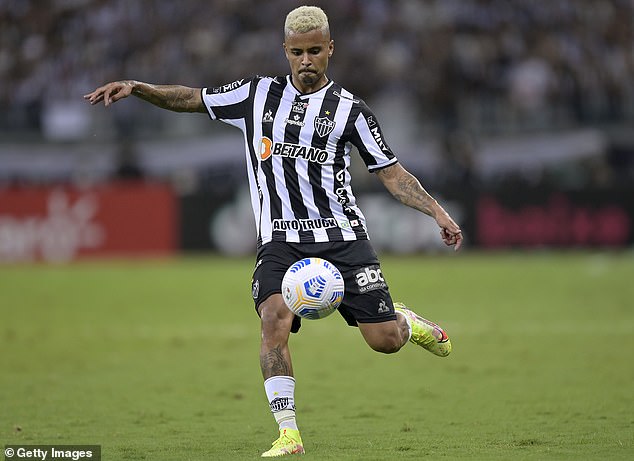 He is now valued at £5.4m and the Reds have a 10 per cent sell-on clause in his contract

‘I saw him in training and I thought “oh my God, what can we do to keep this boy here and bring him into the line-up?”

Given his impressive performances for Atletico Mineiro – who won the Brazilian league, Cup and state championship in 2021 – European clubs could well be casting their eye on the 24-year-old.

He is yet to receive a call-up for the Brazil national team, though did feature for the Under-23s back in 2019.

Leeds team news for their clash with Everton at Goodison Park