Referee David Coote was at the centre of controversy once again in the match between Manchester United and West Brom on Saturday. The first half saw little goalmouth action, although Sam Johnstone made a couple of brilliant saves.

But the game came alive immediately after the break as the referee initially pointed to the spot for a West Brom penalty.

Bruno Fernandes was adjudged to have fouled Conor Gallagher inside the box.

Replays appeared to show Fernandes making contact with Gallagher’s leg first, but VAR advised Coote to go over to the pitch side monitor to have another look.

And the overturned his original decision to award West Brom a penalty. 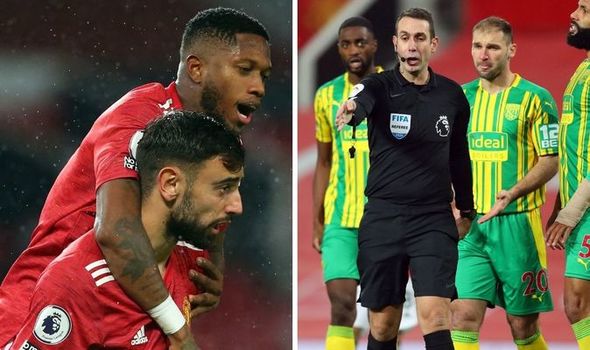 Coote hit the headlines last month after he failed to punish Jordan Pickford for his challenge on Virgil van Dijk which forced the Liverpool defender to undergo surgery.

And he was originally scheduled to be the Video Assistant Referee for Liverpool’s clash with Leicester on Sunday.

However, Coote was then removed from the match official listings to take charge of United’s fixture against West Brom.

And after seeing Coote overturn his decision to award West Brom a penalty, Liverpool fans made their feelings clear on social media.

One tweeted: “David Coote is a United fan. We’re all watching you.”

Another wrote: “Now we know why David Coote was moved to the United game…”

A fourth posted: “David Coote? Imagine my shock that it didn’t end up being given.” 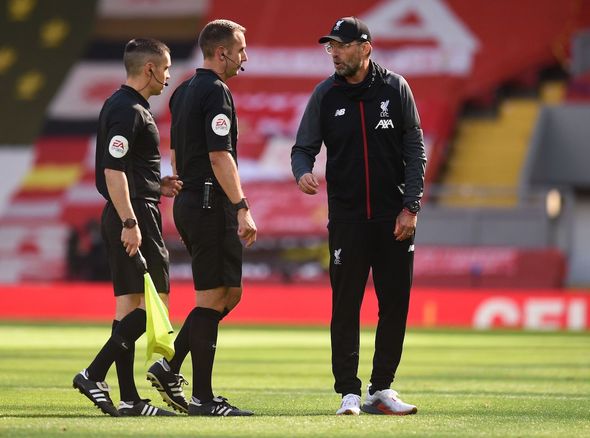 And things went from bad to worse for West Brom moments later when Juan Mata’s cross hit Daniel Furlong’s hand with Coote pointing to the spot.

Fernandes stepped up to take the spot kick, but had his effort saved by Johnstone.

However, in another incredible turn of events, Fernandes was given a second opportunity after Johnstone left his line too early.

There was no mistake on the second attempt as Fernandes fired past the Baggies goalkeeper.