‘Can he play in defence!?’: Liverpool fans joke club’s newly-hired recovery and performance guru Andreas Schlumberger, who worked with Jurgen Klopp at Dortmund, will have to fill in at centre back amid injury crisis

Liverpool have announced recovery and performance expert Andreas Schlumberger has joined the club – and supporters are already joking he will have to take to the field himself during their injury nightmare.

The Premier League champions have been rocked by a number of notable absentees this season, with Virgil van Dijk, Joe Gomez and Joel Matip currently among those ruled out, and have now taken steps to help solve their dilemma.

Dr Schlumberger worked alongside Jurgen Klopp at Borussia Dortmund, and his appointment was greeted with a number of hilarious responses from fans desperate for their team’s fortunes to change. 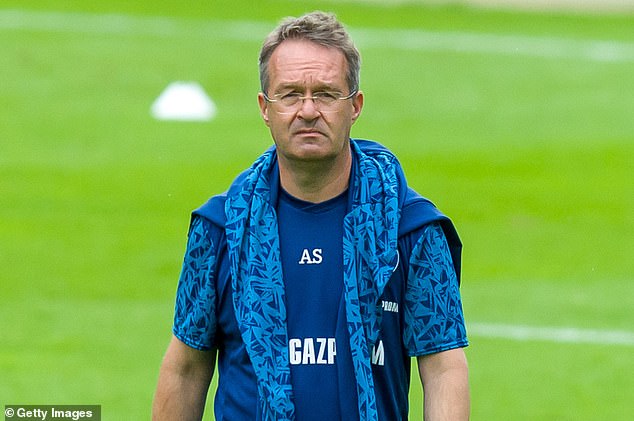 The 54-year-old spent four years at Dortmund and joins Liverpool after departing his role as head of fitness and prevention at struggling Schalke.

A number of social media users chose to focus on the funny side of Liverpool’s predicament when his hiring was unveiled on Tuesday morning.

One person cheekily asked: ‘Can he play in defence?’. 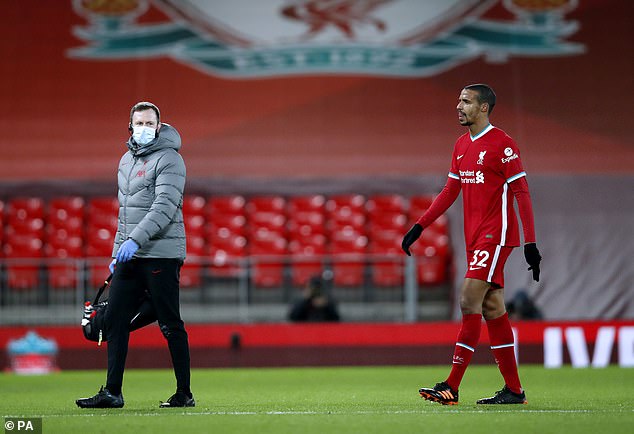 Klopp has been forced to field Fabinho at centre back in recent weeks with several first-team stalwarts still missing – and Matip limping off against West Brom has only deepened his woes.

Another fan believes Schlumberger will ‘need a payrise pretty soon already’ as he attempts to help players regain their fitness.

A photo of a dejected-looking Mason Greenwood also featured in the comical replies.

The picture was accompanied by the caption, ‘Dr Andreas after being assigned to (Naby) Keita and Matip for the third time in two weeks.’ 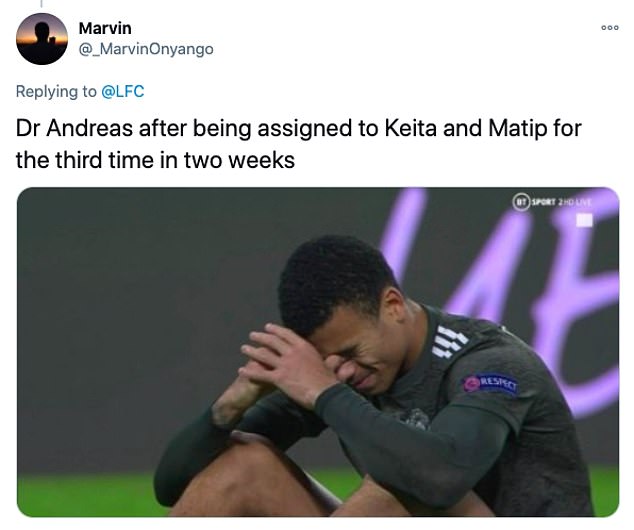 The club revealing that Schlumberger’s role has been newly-created also appears to have raised some eyebrows.

A fourth user wrote: ‘You know the injuries are bad when we appoint more medical specialists.’

The arrival has even left one supporter jibing whether Van Dijk, who faces a battle to return before the end of the season, will be able to feature against Manchester United next month.

And one final desperate fan simply appealed to Schlumberger to ‘stop the injuries.’

In the statement on their official website, Liverpool said: ‘This newly-created specialist role will support and work in close collaboration with the current performance, medical and rehabilitation leadership.’

He has also worked with the German Football Association, supporting the younger age groups.

Mikel Arteta hits out at Burnley's old-school approach after draw