Liverpool fans took to social media to troll Manchester United after their former player scored a comical own goal in their FA Cup clash against Shrewsbury. The Reds hosted the League One side on Tuesday night at Anfield in their FA Cup fourth round replay.

Shrewsbury proved resilient once again, just like in their 2-2 draw in the first outing. However, Liverpool broke the deadlock after 75 minutes.

And it was Ro-Shaun Williams’ own goal that gave Liverpool the lead.

The 21-year-old, who came through the United academy, headed over a helpless Max O’Leary after a long raking pass towards Shrewsbury’s box. 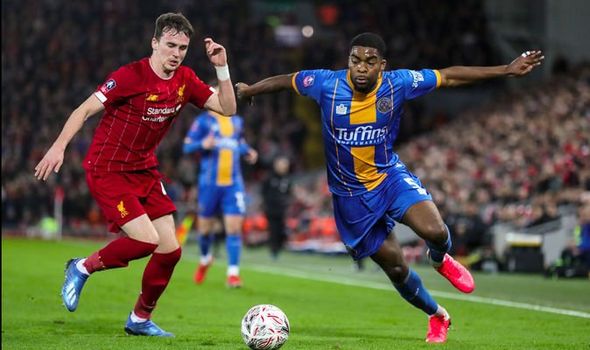 One fan wrote on Twitter: “Williams, the former Man UTD defender scoring for Liverpool at the Kop end to hopefully put Liverpool under 23’s through…

Another said: “Man Utd former player scoring own goal to help Liverpool qualify. The club is beyond finished.” 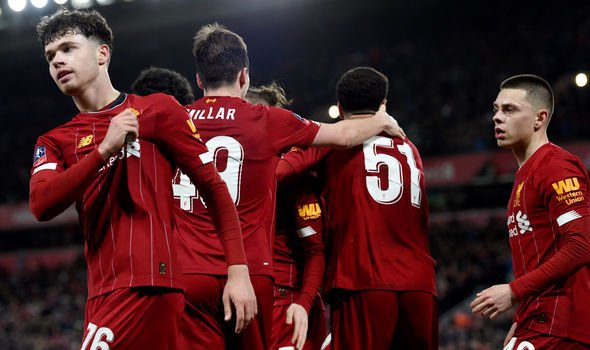 “@ManUtd graduate just scored an own goal against Liverpool you love to see it,” another agreed.

The German and his star players are enjoying a winter break from Premier League action.

And after it was announced the replay would take place on Tuesday night, Klopp confirmed he would not be in attendance.

“I said to the boys already two weeks ago that we will have a winter break which means we will not be there,” he said after the first game.

“It will be the kids who play that game.

“The Premier League asked us to respect the winter break. That’s what we do. If the FA doesn’t respect that, then we cannot change it. We will not be there.