Liverpool captain Jordan Henderson is yet another concern for Sunday’s Premier League encounter with Leicester with England boss Gareth Southgate detailing the extent of the injury the midfielder picked up against Belgium. Liverpool’s injury table has already seen Joe Gomez and Trent Alexander-Arnold added to the list to join Virgil van Dijk, Thiago Alcantara and Alex Oxlade-Chamberlain.

Mohamed Salah has also entered isolation in Egypt while testing positive for coronavirus while Andy Robertson was forced to withdraw from Scotland’s clash against Slovakia due to a hamstring issue.

Now Jurgen Klopp will be sweating over the fitness of his club captain before the players return from international duty.

Henderson started Sunday night’s clash against Belgium but lasted just 45 minutes before being brought off.

And Southgate confirmed after the game that Henderson will need to undergo tests to find out the true extent of his injury. 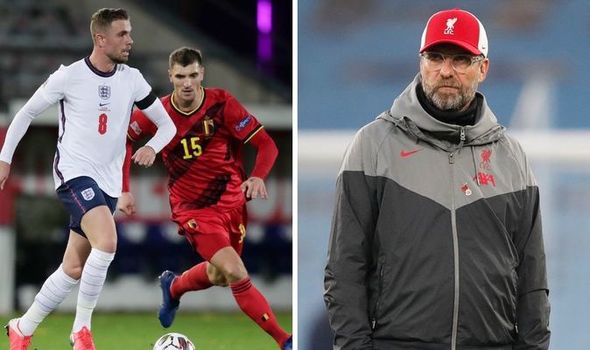 “Jordan had a bit of tightness at half-time and felt he couldn’t carry on,” Southgate said.

“We’ll have to assess him when we get back.”

Gomez’s injury while also on international duty comes as a huge setback for Liverpool.

The 23-year-old had been the steady figure in defence ever since Van Dijk’s injury against Everton.

But both defenders could now miss the remainder of the season, meaning Klopp will be relying on Fabinho and Joel Matip to stay fit, at least until the January transfer window.

He wrote: “The road to recovery has already begun. I’ve been here before, I know what it takes & I’ll be back better and stronger than ever.

“I’m obviously gutted, but this is part of gods plan (sic) and I believe everything happens for a reason. 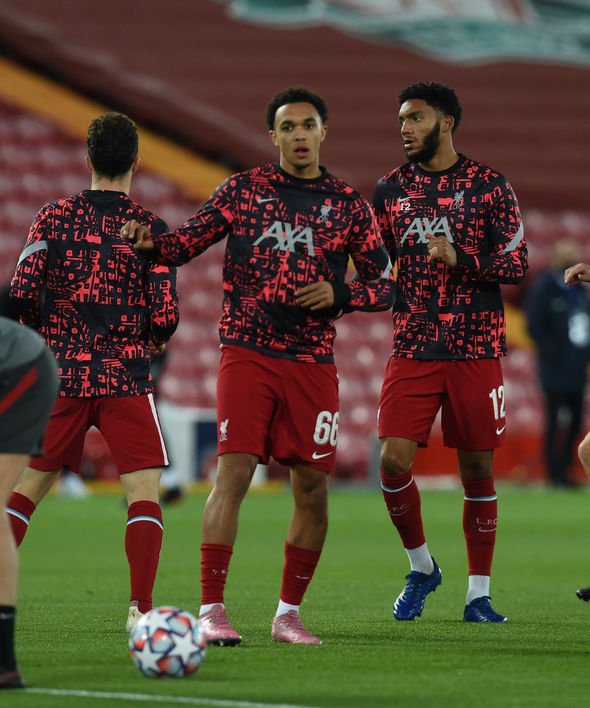 “I’d like to thank everyone for their well wishes and messages of support.

“I’m focused on my recovery and supporting my team mates in every way I can. See you soon.”

England still have one more Nations League fixture to come against Iceland on Wednesday, although the defeat to Belgium means they can no longer win their group.

Southgate is expected to make a number of changes to his side once again, with increasing pressure from club managers to give players ample rest.

Bale out as he's set to bail out