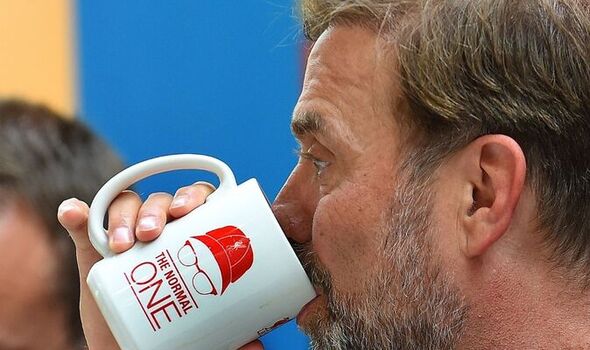 Liverpool are planning to launch a move for Jude Bellingham in the summer of 2023 with Aurelien Tchouameni seemingly set to sign for Real Madrid, according to reports. The Reds hold a strong interest in both young midfield prospects as Jurgen Klopp seeks to sign a long-term replacement for Gini Wijnaldum, following his Anfield departure for Paris Saint-Germain before the start of the 2021/22 season.

Tchouameni is one of the names of interest but the Frenchman now looks increasingly likely to complete a move to Real Madrid following the collapse of their deal for Kylian Mbappe.

Yet it’s not all doom and gloom for the Reds if they miss out on the Monaco star – because plans are taking shape to sign Bellingham in 12 months’ time, according to Fabrizio Romano.

He told Caught Offside that Tchouameni has privately told his current club team-mates that his priority is to join Real Madrid before the new season.

But while that comes as a blow to their Champions League final opponents, Liverpool have another grand plan in place.

Romano said: “Liverpool are certainly interested for next summer – his talent and personality make him look like the perfect fit for a Jurgen Klopp team – but there is absolutely no definite deal because so many clubs want Jude and it will be an open race.

Other Premier League clubs are likely to enter the race for Bellingham, who is set to stay in Germany for at least one more season.

The England international made the decision during talks with the Bundesliga giants back in February, meaning a summer move is totally out of the equation barring an astronomical offer.

Dortmund do not like to sell multiple key players in the same transfer window, which is why Erling Haaland’s departure to Manchester City has inadvertently blocked Bellingham’s exit – for now.

It would be wrong to totally use out a move for Tchouameni though, who Klopp rates highly following his emergence onto the scene in Ligue 1 and with the France national team.

The 22-year-old has caught the eye of Europe’s top clubs and could leave Monaco this summer providing their valuation is met.

Liverpool have been light on the ground in midfield in recent weeks, pointing towards the need for reinforcements.

James Milner is currently out of contract at the end of the season although he is in talks over an extension.

Alex Oxlade-Chamberlain is also expected to move on as he enters the final 12 months of his deal.

Naby Keita is also out of contract in 2023 – although he is expected to fulfil the final year of his deal.

Could coronavirus lead to a new English super league?