Liverpool’s transfer deadline day midfield signing Arthur Melo has been issued a warning by ex-Reds midfielder Graeme Souness. The Brazilian was brought in after Jurgen Klopp’s squad was decimated by injuries to Thiago, Jordan Henderson, Naby Keita, Fabio Carvalho and Curtis Jones, which led to the Reds announcing the loan signing of Arthur from Juventus.

The playmaker made his Liverpool debut during the 4-1 defeat to Napoli in the Champions League, and has been issued a warning by Souness. “There’s no doubting the quality of Liverpool’s latest addition, Arthur Melo,” Souness told the Daily Mail. “But will he be able to deal with the intensity of the English game, given that Liverpool play games of cup final intensity every weekend and everyone always has to be at it?

“I do think there is room in that midfield for another high-intensity workaholic who can also deliver a cute pass. Go back to Liverpool’s best midfield of three or four years ago. You had Gini Wijnaldum. Workaholic. James Milner. Workaholic. Jordan Henderson. Workaholic.

“Not the most gifted in terms of cute passing but relentless workers, all of them. The creativity was coming through the full-backs and the forwards. But I’m not seeing the Liverpool I know because the team are not getting first to that ball. Why is this so? That’s a question for the players and I have no doubt that Klopp will be asking it, in no uncertain terms.” 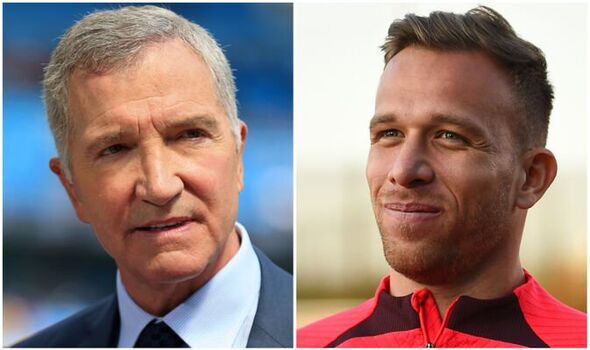 The Brazil international was signed in part to cover the short-term issues surrounding Liverpool due to injuries, but Klopp has explained that his new signing needs time to get up to speed. “Arthur needs now just football – and training, especially, that’s how it is,” Klopp said ahead of his side’s opening Champions League group stage game. “He wasn’t in team training for a while at Juve, so he needs proper team training – and that’s what we are doing with him.

“Can he play minutes? Yes. Should he play a full game? No, because he needs to get used to the intensity in each competition. It’s not like in the Champions League you have to work less than in the Premier League. Not at all, especially not here [against Napoli]. 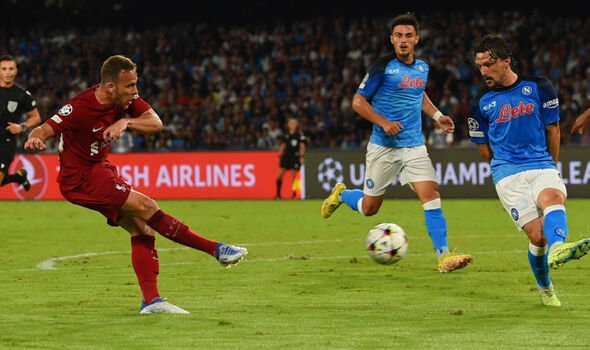 “He is doing well, he is really giving his absolute all in training, we have to be careful with him as well and then we will see whether we can use him.”

Arthur spent two years in Juventus after making the move from Barcelona, but failed to make more than 13 Serie A starts in either of his two seasons due to form and fitness.

The midfielder struggled with availability during his time at the Catalan club as well, and has yet to make 20 league starts in a season since moving to Europe from Gremio.