Liverpool have unveiled ambitious plans to redevelop the Anfield Road End and take their stadium capacity beyond 61,000.

It has long been Liverpool’s intention to put more seats inside their ground and the club has entered into a public consultation with the hope of being able to submit a planning application for the development in the first half of 2020.

Should Liverpool not meet opposition to their proposal, the structure behind the goal to the left of tunnel would be boosted by an extra 7,000 seats, taking the Anfield Road capacity to 16,000 – and it would also mean the Kop, with 12,500 seats, would become the smallest stand in the stadium.

Liverpool have unveiled ambitious plans to add 7,000 seats to the Anfield Road End 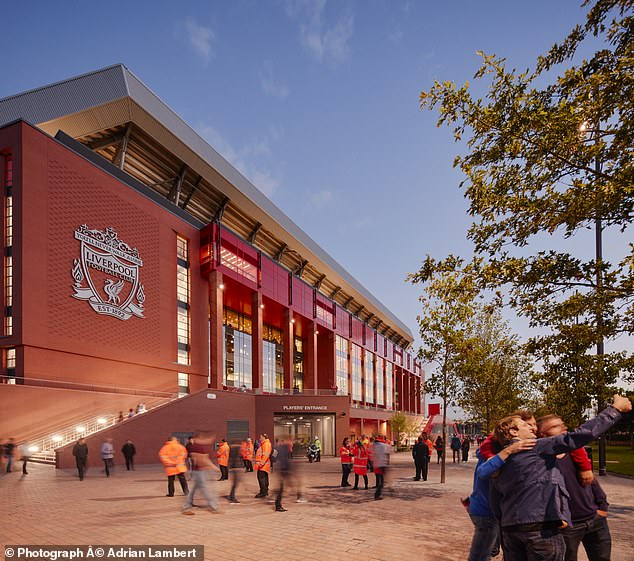 The plan to rebuild the Anfield Road End would take their capacity beyond 61,000 seats 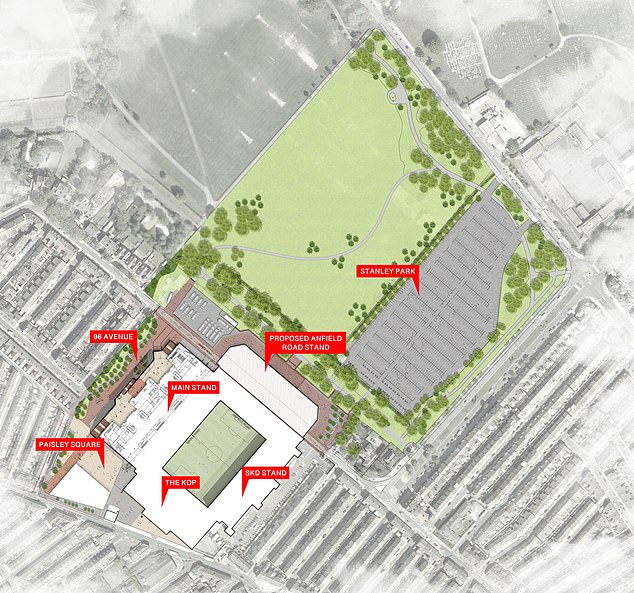 The breakdown of the 7,000 seats would see 5,000 go to general admission with a further 2,000 for corporate hospitality; the size of the structure, meanwhile, would see part of Anfield Road, which is a two-way thoroughfare for vehicles, permanently closed to traffic.

Conservative estimates are the project would cost £60million – and an indication of the club’s current financial health is that they would be able to fund it self-sufficiently. When they built the new Main Stand in 2015-16, owners Fenway Sports Group provided a £110m loan.

Liverpool – who would be open to the prospect of selling naming rights for the Anfield Road End – are also currently building a new £50m training ground in Kirkby, which will be ready for business in July 2020, but chief financial officer Andy Hughes says the time is right for this project. 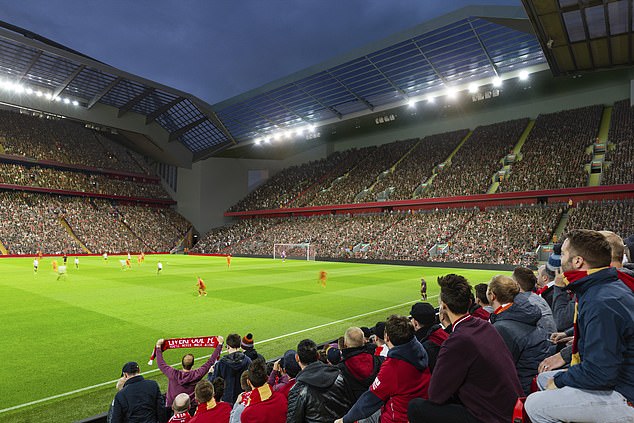 There would be 5,000 new seats for general admission with 2,000 more for hospitality

‘Our ambition is to increase the capacity of Anfield stadium and allow more fans to enjoy some of the best football in the world,’ said Hughes. ‘We have always been looking at a long-term development plan for Anfield and we have been looking specifically at Anfield Road as the next step

‘We have deliberately phased these investments, as they are big projects in their own right. They require funding. So of the big steps we chose to do the Main Stand first, the training ground second and Anfield Road third. We are currently still in the development process for the training ground.

‘That is looking to complete this summer so the timing to move on to design, planning and initiation of the Anfield Road development is right now.’ 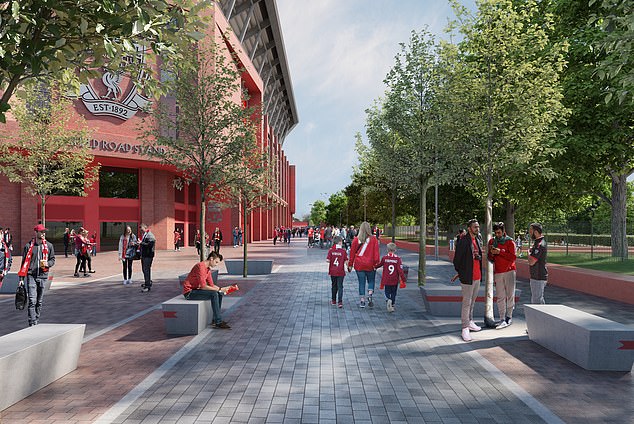 Hughes, however, added a note of caution with regard to the public consultation – thousands of leaflets have been distributed to residents in the Anfield area – and he made it clear the build will not go ahead if there is significant opposition.

‘There are very clearly three hurdles and they are all really important,’ Hughes said. ‘It is all aspects of consultation with the local community, residents, local businesses, community groups. 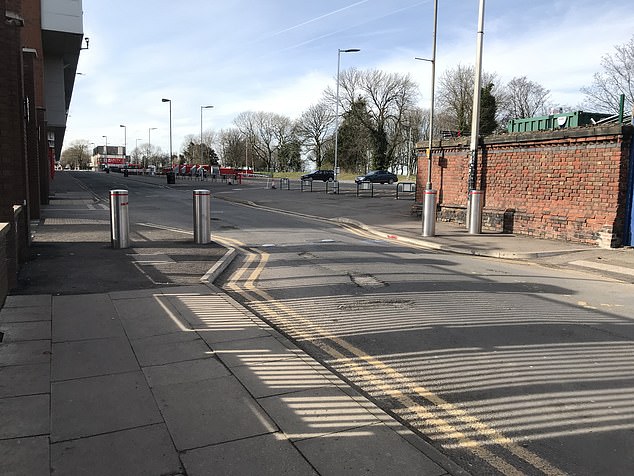 As part of the planning application, Liverpool will apply for a licence to make Anfield a permanent concert venue following the success of last summer’s gigs, when Pink and Take That played to sell-out crowds.

‘We have had incredible support from our ownership group and that support has been around taking good football and business decisions for the club,’ said Hughes. ‘Money is not free. We will be borrowing money to finance this stand.

‘The pressure and support from owners is coming up with the right solutions to the problem to create a sustainable financial future for the club. I think this proposal at this stage delivers that for us.’ 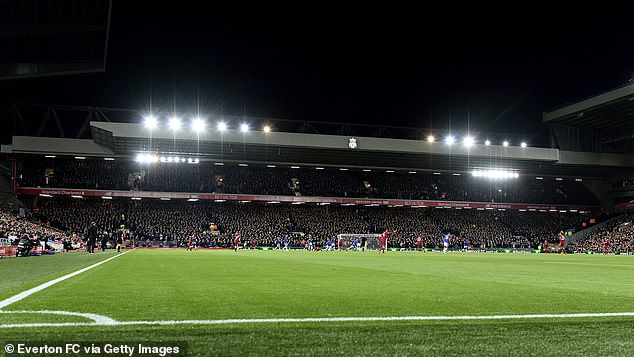 The current Anfield Road end at the stadium, which will be expanded under the plans