Former Liverpool striker Peter Crouch has told Darwin Nunez that he would be “fuming” if he was him. That came after the Uruguayan was left on the bench by Jurgen Klopp for the Reds’ opening Premier League game of the season away to Fulham. Roberto Firmino was preferred down the middle with Mohamed Salah and Luis Diaz either side of the Brazilian, despite Nunez’s impressive cameo against Manchester City in the Community Shield.

Nunez also started on the bench at the King Power Stadium for the Community Shield but made an immediate impact when he was brought on as he won a penalty and then scored Liverpool’s third goal. The 23-year-old also scored four goals in a pre-season game against RB Leipzig, but Klopp has resisted the urge to start with his new £85million man.

“The thing is you’re chomping at the bit,” Crouch explained to BT Sport. “If you have a good pre-season you score goals, he got four in pre-season, one in the Community Shield, if I’m a striker I’m fuming, I’d be angry.

“Jurgen’s a different boss, he’s a bit scarier than Rafa [Benitez, Crouch’s coach at Liverpool]. I wouldn’t be happy, put it that way, but you can understand Klopp’s thinking and you have to respect that.” 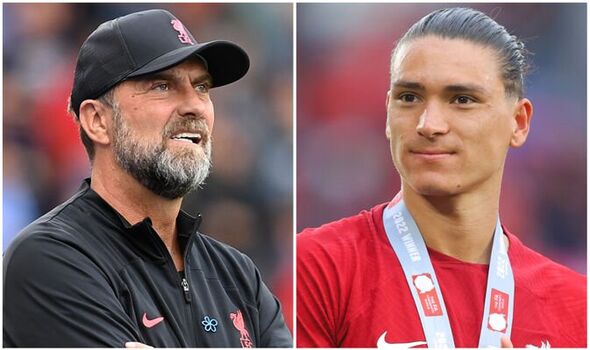 Rio Ferdinand, on the BT Sport panel with Crouch, claimed that Klopp has earned the trust to make these big decisions. “It’s the right way for Klopp and who can argue with him given the recent success?” The Manchester United icon added. “You have to follow a manager like that, believe and trust what he’s doing because he’s a phenomenal manager who often gets things right.”

There were few surprises elsewhere in Klopp’s starting line-up to take on Fulham, as Ibrahima Konate’s injury ensured Joel Matip retained his place in the team, and a midfield trio of Fabinho, Thiago and Jordan Henderson starts in front of the defence. 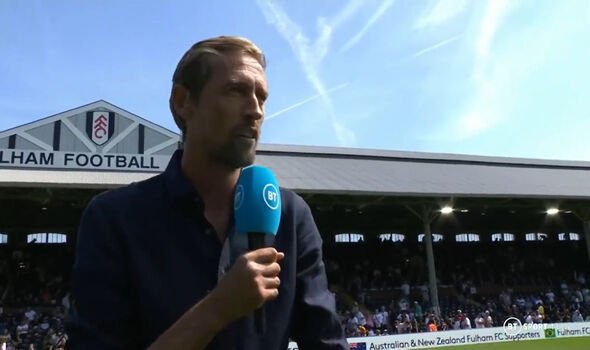 Klopp explained his decision to start without Nunez in his pre-match interview. “Yeah of course [Nunez on the bench to settle] but as well we have to mix it up a little bit,” the German coach said. “What kind of options do we have to change with Bobby and the other two boys they have the speed.

“It’s about the opponent what they require, if we swap with the two young boys and Darwin it’s a good mix but we thought it’d be better to start with Bobby.

“The team is very experienced and the bench is very exciting, I’m happy for the young boys to be apart of it. That’s really cool. The longer the season goes it’ll be helpful the other ones come back.”

Guardiola's pursuit of attacking perfection came back to haunt him