Jurgen Klopp may have built a reputation for his happy persona and the infamous hugs he hands out to Liverpool players, but Trent Alexander-Arnold has opened up on the other side fans don’t often see. Klopp’s beaming smile has been a trademark feature with the Liverpool boss ever since he took charge at Anfield in 2015.

Liverpool fans quickly grew to love Klopp’s infectious characteristics on the touchline as well as his clear affection to the players.

That’s recently been backed up by huge success on the pitch, winning both the Champions League and Premier League.

Liverpool players past and present often wax lyrical about the German coach and his management style.

Klopp’s close relationship with the players at Anfield has enabled him to get the best out of them. 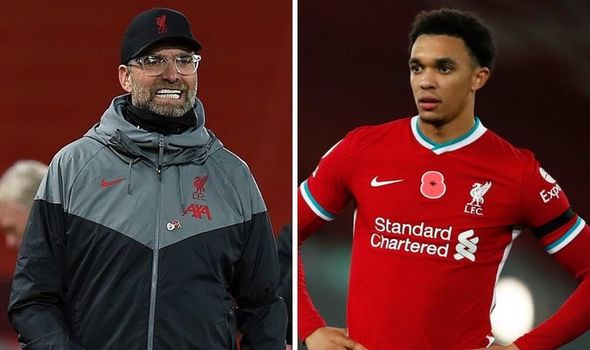 Alexander-Arnold is one example of a player who has blossomed under Klopp’s stewardship.

The right-back admits the Liverpool boss usually adopts a soft approach when it comes to dealing with something he’s unhappy with.

But Alexander-Arnold goes on to state that Klopp is equally capable of giving players a “b******ing”.

“Jurgen never overburdens you with information,” he told The Athletic.

“It’s not so much that he tells you exactly what to do on the ball and says you need to pass to here and here.

“It’s more about giving you the ideas and helping you see the opportunities to play it in behind when Mo (Salah) runs in behind.

“Or when Bobby (Firmino) comes to feet, finding that pass instead, maybe.

“He’s done so much for me personally. His advice has always been top-notch for me. 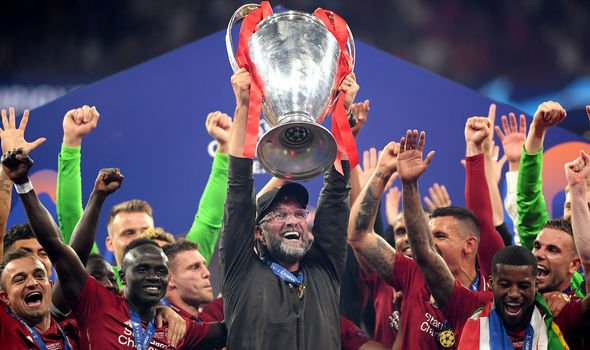 “He’s not scared of doing it. But most of the time it’s arm around the shoulder, wanting to help you improve.”

Liverpool take on Manchester City this afternoon where they have a chance to return to the top of the table.

A win for Klopp’s side could also move them eight points clear of Pep Guardiola’s side.

Pochettino reveals he learnt English by listening to Adele