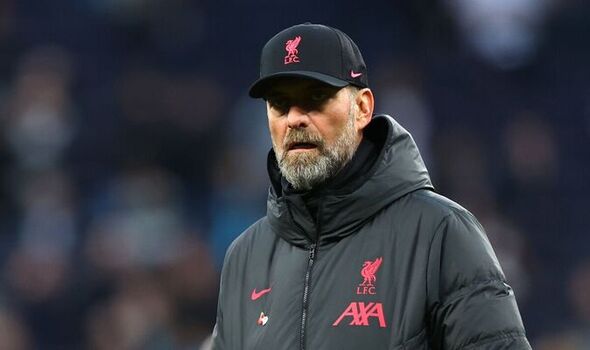 Liverpool boss Jurgen Klopp has made wholesale changes to his starting lineup for their Carabao Cup third round clash with Derby County at Anfield. The German has made 11 changes from the 2-1 win over Tottenham on Sunday as he looks to protect his star players for their Premier League fixture before the World Cup break begins, handing chances to several fringe players.

Klopp has handed some precious first-team minutes to fringe players such as Alex Oxlade-Chamberlain, who has been out with injury for the majority of the season so far.

Youngsters Bobby Clark and Melkamu Fraudendorf have been included in the starting XI having been left out of the development squad’s match against Dinamo Zagreb, fuelling speculation the duo were set to be involved at Anfield.

Key players such as Virgil van Dijk and Mohamed Salah have been rested for the clash and will not play any part after Klopp named his 20-man squad for the game, while Darwin Nunez and Roberto Firmino are on the bench.

Stefan Bajcetic, who has made substitute appearances in the Premier League and Champions League, gets a start in a youthful midfield alongside 18-year-old Fraudendorf, an Ethiopian-born Germany youth international. Jarell Quansah, Luke Chambers, Ben Doak and Jake Cain take their places on the bench with the possibility of playing some part.

There is also a full debut for summer signing Calvin Ramsay, captured for £6.5million from Aberdeen in July, who has struggled for game time owing to injuries and Liverpool’s mixed form. The Scot made a brief appearance against Napoli from the bench and has been rewarded with a first start in Liverpool colours.

Alongside Clark and Fabio Carvalho in attack, 20-year-old Layton Stewart has a rare opportunity to impress leading the line.

Klopp hinted at overhauling his usual starting XI as is tradition for the 55-year-old, as he tends to use the competition as a gateway for first-team minutes for youngsters and players in desperate need of match fitness.

However, there is an acceptance the compoetition could be more valuable than it usually is. Liverpool are current holders of the Carabao Cup after overcoming Chelsea on penalties last season and, given their struggles in the Premier League, it could be a realistic trophy to win for Klopp’s side.

Still, the league remains the priority, which explains Salah and Van Dijk’s absence from the squad as he places faith in his fringe squad members to get the job done over their League One opponents.