Liverpool have been urged to sign David Alaba from Bayern Munich because the versatile player is “a young version of James Milner” believes former Reds striker Emile Heskey. Alaba’s future is up in the air with his contract at Bayern expiring at the end of this season.

But the six-time Austrian Footballer of the Year, who has 74 caps for his country, seemingly wants a fresh challenge away from Bavaria as he has failed to agree a contract extension with Bayern.

The German champions insist they have rescinded the offer they put on the table to the 28-year-old because he did not get back to them with a clear answer.

And it appears Alaba could be available on a free on the summer while some clubs may opt to try and prise the player away from Bayern midway through the season for a low fee.

Heskey thinks Liverpool should take a serious look at Alaba given his ability to play at left-back, centre-back – where he has played all of his appearances for Bayern this term – and in midfield. 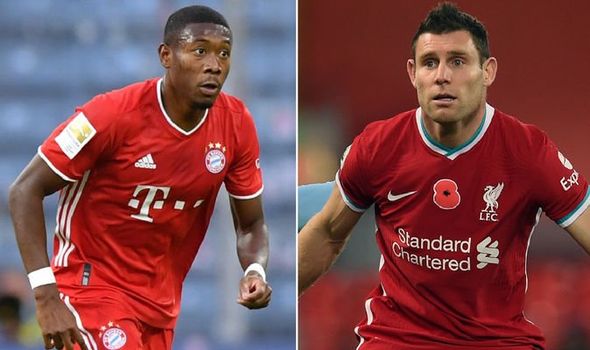 The ex-England striker thinks the Austrian could be as effective for Liverpool as James Milner has been since arriving from Manchester City on a free in 2015.

Since then, Milner – who turns 35 in January – has played in central midfield, at left-back, right-back and on the left or right of midfield for the Reds and has been reliable wherever he has been deployed.

Speaking to Rousing the Kop about Alaba, Heskey said: “I think so [they should pursue a deal for him].

“You’ve got a player who plays left back, left side centre back and left wing back and he can step into midfield as well.

“You’ve got a younger version of James Milner, someone who can tick all the boxes but tick them well. 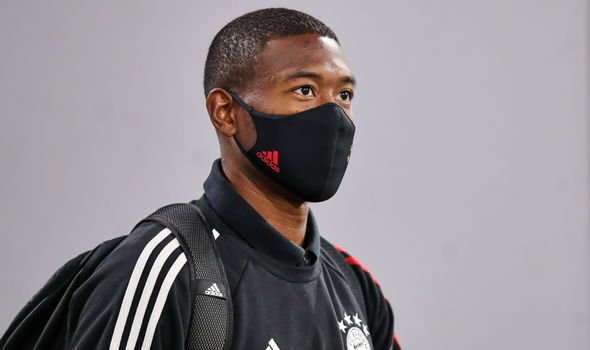 “If you look at what he’s achieved, he’s a winner, so he knows what it takes to win and that’s what you want within your squad.

“Because that rubs off on the younger players as well because what you do and what you’ve achieved, they want to do as well.”

Earlier this month, Football Insider claimed that Liverpool are among the clubs weighing up a bid for Alaba in the winter window.

That’s with Joe Gomez and Virgil van Dijk both out with long-term knee injuries that could keep them both out for the rest of the season.

The report claims Alaba would be available for around £30million in January but that the player would ideally like to join Barcelona or Real Madrid in the summer instead.

He is said to open to a move to Anfield to link up with the Premier League champions, where he would join former team-mates Thiago Alcantara and Xherdan Shaqiri, however.

And if he were to join in January, he would provide crucial extra back-up in central defence, with Liverpool only currently having Joel Matip fit and available of their natural centre-half options.

Discussing his future publicly, Alaba said recently: “What’s next, I don’t know right now. I have not made any plans for my future. 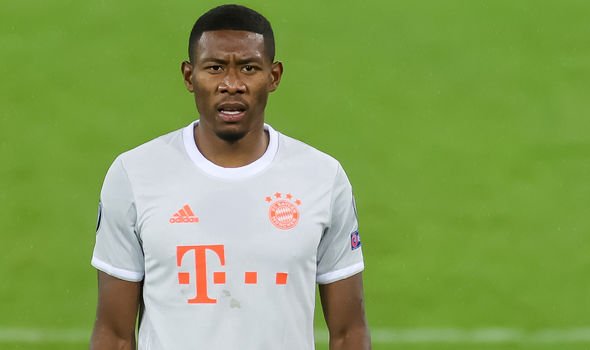 “I am a player who really likes to play for Bayern. I am happy to be part of this team. Nobody official has contacted me. It’s difficult to say what the future will hold in store.

“After our last talk, I told them [the club] that I can’t make a decision in seven days, we played three times in those seven days.

“Bayern were the club I talked to. I did not have any contact to other clubs.

“I have always said that I would have wished for internal things to remain internal. It hurt and disappointed me that my position was portrayed the way it was, this was not the truth.

“The salary put out in media, it’s not like that. I was disappointed, it was not discounted from the hierarchy.”