In the days when the world’s best football teams did not possess lavish squads, you took your chances when making nationalist gestures.

Paul Gascoigne took a very big risk when mimicking a flute player in a Loyalist band during a 1998 Old Firm derby. The IRA issued death threats, the Scottish FA issued a £40,000 fine – and Gascoigne played on.

They were different times. Liverpool can well afford to do without the hassle and leave Xherdan Shaqiri behind as they travel to Red Star Belgrade’s Marakana stadium in Serbia on Tuesday night. 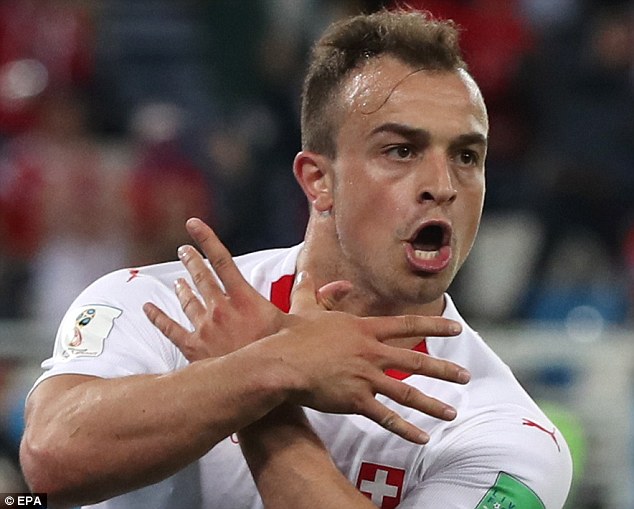 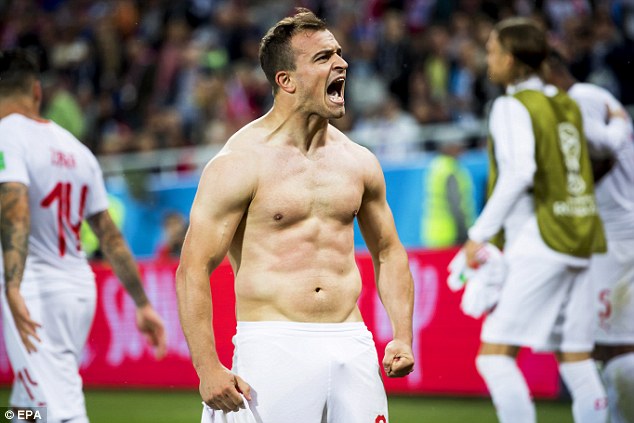 They want to remove any prospect of reprisals for the player mimicking the eagle in the flag of his native Albania after scoring for Switzerland in the World Cup to defeat Serbia, against whom his compatriots fought a war of independence.

Liverpool’s move is not one Shaqiri has asked for. He wanted to play. It was not a decision he had a say in. ‘He accepts and understands this,’ Jurgen Klopp said on Tuesday.

It is Liverpool’s loss, because one of the under-appreciated points about Shaqiri’s controversial gesture during his adoptive nation’s 2-1 win in Kaliningrad is that it came in response to dog’s abuse from Serbia supporters.

He’d been booed every time his face appeared on the stadium’s big screen and every time he touched the ball. He left the field with a thumbs up to the Serbia fans, walking tall — all 5ft 7in of him. 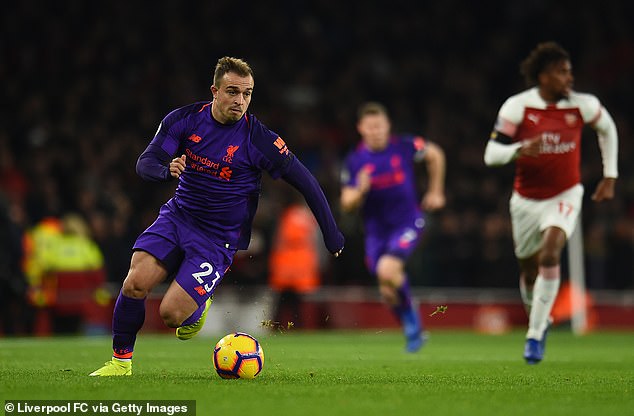 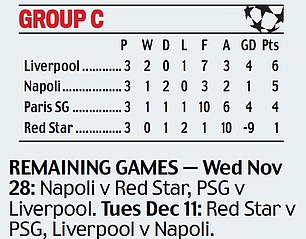 Liverpool’s decision sets a precedent which does not help football, either. Two weeks ago, Red Star general manager Zvezdan Terzic stirred the pot by publicly warning the player of the hostile welcome he’d receive in Belgrade.

‘He knows where he will be going. I do not know if he will be willing to play in the Marakana under these conditions. So I doubt he’ll come. If he comes, he’ll be smaller than a poppy seed.’

This was the reckless rabble-rousing of a club apparatchik using politics to extract an advantage and leave Liverpool without a player who would have arrived in Belgrade on a mission.

There has been no intelligence on any identifiable threat against Shaqiri. Neither has there been orchestrated chanting about the player in the weeks ahead of tonight’s match, says respected Serbian journalist Milos Markovic, though anthems of abuse towards rival players are not a part of Serbia’s terrace culture.

The prospect of missiles being thrown on Tuesday night is also remote. Red Star have been warning fans that the club are under intense UEFA scrutiny and risk hefty fines and possible bans for the slightest misconduct. They are already under UEFA sanction for bad behaviour while reaching the group stage. 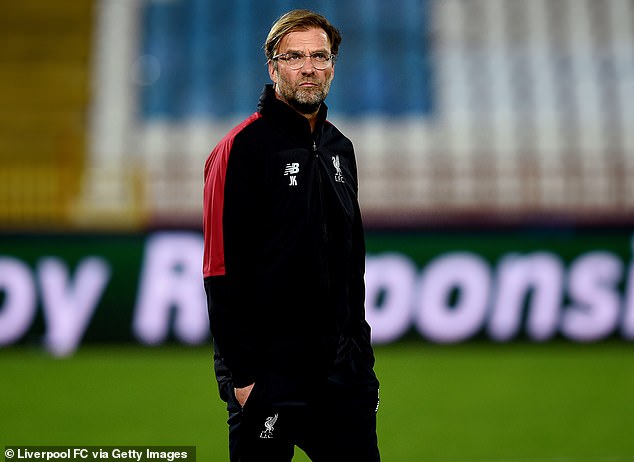 But the idiots have won. Far from removing the political element and making ‘the focus on a great game of football, free from anything else’, as Klopp put it, the decision has accentuated the politics. No prizes for guessing what dominated Monday night’s press conference in the stadium.

We may see the elite clubs — so desperately risk-averse in the sanitised space football now occupies — leave players behind more often in such circumstances.

Those decisions have been based on identifiable terror threats in the past. The six Chelsea players who didn’t travel to Israel to face Hapoel Tel Aviv in 2001 were concerned about the security situation. 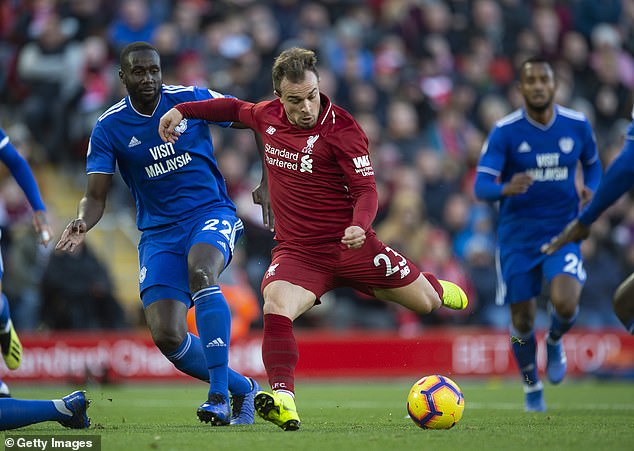 Liverpool’s move follows Arsenal’s decision to leave behind Henrikh Mkhitaryan when playing last month in Azerbaijan, who’ve long been in a state of war and diplomatic tension with his native Armenia.

There was a celebratory tone in some sections of the Serbian press as Liverpool’s decision came through yesterday. ‘Afraid, isn’t he?’ one outlet immediately stated. You imagine that Shaqiri will be spitting blood.

He seems closer to the Graeme Souness philosophy of playing in dangerous places. The Scot did not think twice about travelling to Dinamo Bucharest in 1984, two weeks after breaking club captain Lica Movila’s jaw in two places in a European Cup first leg at Anfield.

Army troops made cut-throat gestures to Souness as the squad entered the stadium. Mark Lawrenson said later that he avoided standing anywhere near Souness during that second leg. Liverpool won 2-1. Souness was man of the match.

Arsenal vs United – the biggest league clash between them since 2008