Liverpool opened their Premier League campaign with a disappointing 2-2 draw to Fulham at Craven Cottage. Aleksandar Mitrovic scored twice for the hosts, once with a header and then with a penalty in the second half. Darwin Nunez and Mohamed Salah were on target for the visitors, though, to ensure they didn’t leave the capital with a defeat to their name.

Liverpool went into their match with Fulham hoping to build on last week’s 3-1 Community Shield win over Manchester City at the King Power Stadium. Jurgen Klopp went strong for the match at Craven Cottage, making just one change from the side that put Pep Guardiola’s team to the sword.

Yet Liverpool were surprisingly outplayed by Fulham in west London during the early stages, with Silva’s side superior in every department as they took the lead through Mitrovic. It was a different story after Nunez came on, however, with the Uruguay international impressing and scoring to draw the visitors level.

Mitrovic scored a second from the penalty spot following a foul by Virgil van Dijk and, for a while, it looked as though it would give Fulham all three points. But Salah scored late to earn a draw. 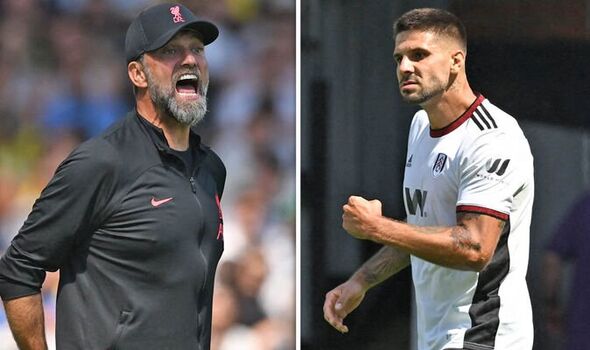 Trent Alexander-Arnold was outstanding against City last time out, with the right-back netting during the Community Shield win.

But he turned from hero to villain against Fulham, putting in a flat display as the Reds nearly slipped to defeat.

Alexander-Arnold didn’t offer much in attack, with the 23-year-old surprisingly quiet despite usually being a bright spark.

And he was to blame for Mitrovic’s powerful header, with the England international weak in the air as the Fulham hitman found the net.

Alexander-Arnold will likely improve on this showing as the season goes on, so Liverpool shouldn’t have to worry about their right-back too much despite a quiet day at the office. 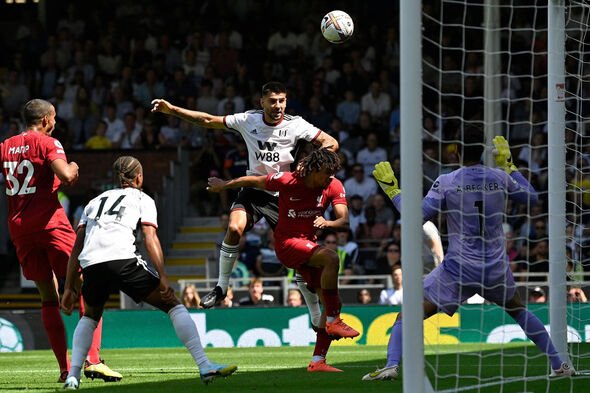 Andy Robertson usually offers so much for Liverpool, both offensively and defensively.

But, like Alexander-Arnold, he was unable to make his mark during the Reds’ Premier League opener on Sunday.

Robertson was stifled by Fulham, with Silva’s side able to stop the rampant Scotland international from going forward with his usual gusto.

And he should have been closer to Tete to stop the ball for Mitrovic’s first goal going into the box.

Like Alexander-Arnold, however, he will be expected to bounce back given his immense quality and the consistency he’s shown in recent years. 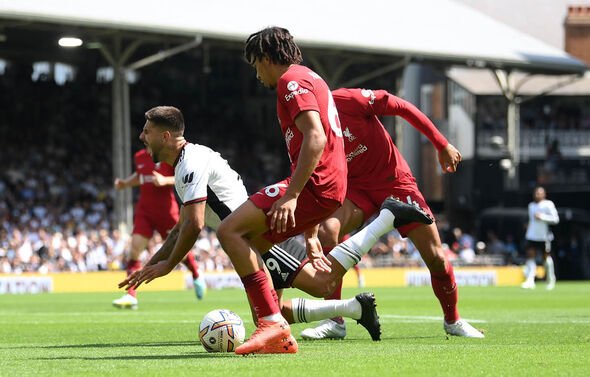 Roberto Firmino was unleashed from the start by Liverpool, just like against City.

But he was hooked narrowly after the interval after failing to make his mark on proceedings.

Firmino was a frustrated figure at the tip of Liverpool’s attack and, due to his tendency to drop deep, ended up hindering his side’s frontline.

When Nunez was introduced, it was evident just how much more threatening the Reds looked.

And the former Benfica star, given his two impressive cameos in English football so far, will now be hoping to start more matches having already proven what he’s all about. 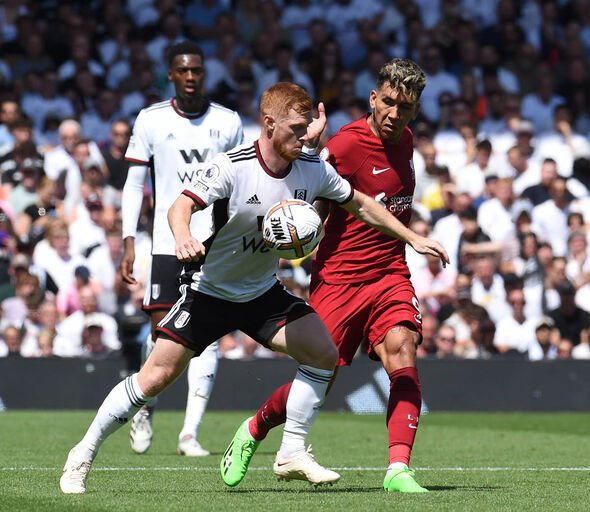 It’s admittedly harsh to include Virgil van Dijk on this list.

The Liverpool star is usually a rock at the back and, for the most part, was his usual assured self against the Cottagers.

However, Van Dijk has to be included due to the fact he gave away the penalty which allowed Mitrovic to find the net for Silva’s team.

The Netherlands international couldn’t cope with the Fulham star, who caused him to become unstuck as he raced towards goal.

A bad performance does not a bad player make, however, and Van Dijk will be key as Liverpool look to win every trophy possible this term.