Lucy Bronze says a better understanding of the menstrual cycles of players could be the “extra inch” between World Cup success and failure for England.

The Manchester City full-back, voted the best player in the world in FIFA’s 2020 awards, says she and her Lionesses team-mates knew very little about the impact of their periods on performance heading into the 2019 finals in France.

That changed when Dawn Scott, who was part of the victorious United States team’s set-up, joined forces with England after the tournament as their new physical performance manager.

Bronze believes that is an important enough factor to make a difference at the business end of a major competition.

“I wouldn’t know any of this stuff if it wasn’t for Dawn,” said Bronze.

“In 2019 at the World Cup, an article came out that Dawn had released about the work she had done with the US team.

“Obviously they won the World Cup and it’s fine margins that win you the World Cup, and potentially this is a fine margin that we hadn’t explored – not to this full extent – to help bridge that gap between hitting the semi-finals and getting the gold medal.

“I definitely think it’s one of those things that give you an extra inch, when you have all that information about how menstrual cycles affect your body. It has a huge part to play, and could be a difference.” 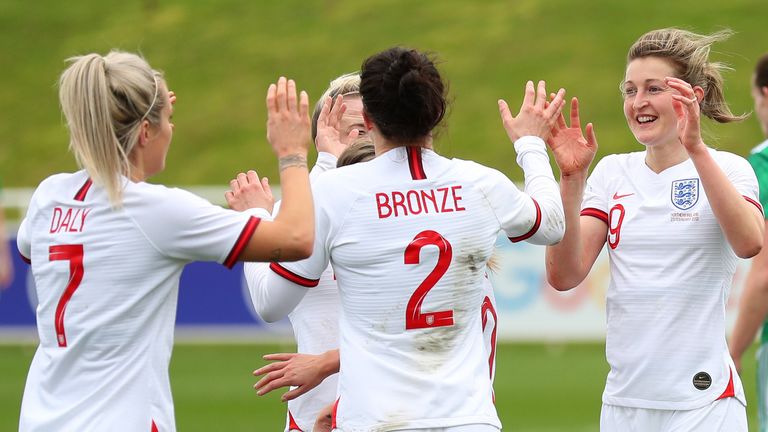 Bronze spoke about the subject in ‘The Football Podcast’ from UEFA Together #WePlayStrong, and how it can even help prevent injury and fatigue.

She said: “There are certain times within a four-week period where you’re more prone to getting inflammation in your body.

“Now if you’re talking about playing a game every couple of days, imagine if your body is swelling up more than it normally does.

“That was definitely something that affected me in the (2019 World Cup) – the energy was just getting drained out of me and potentially that was something I didn’t have any information about.”

Bronze said former England manager Phil Neville embraced Scott’s methods when she came on board, and that the male sports science staff at Manchester City “are probably more comfortable than most girls about speaking about it”.

She said the research in this area had been slow to come through because of the greater focus on the men’s game.

“If this was men’s sport, there would definitely have been research into it (before now),” she said. “I think it’s like anything, there’s 20 times more data on the men’s side than the women’s side.

“There are more resources put into it, there is more money put into it, so the fact that periods are only a thing that affect female athletes, it doesn’t surprise me that people haven’t bothered to do the research or spend the time and the money, when actually it’s something that probably needs more scientific research behind it than certain other aspects of the sport.”