Lyon 2-4 PSG: Mauricio Pochettino’s men move to the top of Ligue 1 with dominant win as Kylian Mbappe scores twice for the visitors

Kylian Mbappe became the youngest player to score 100 goals in Ligue 1 when his double powered Paris St Germain to a 4-2 win at Olympique Lyonnais and to the top of the standings on Sunday.

The 22-year-old France striker netted either side of the interval with Angel Di Maria and Danilo Pereira also getting on the scoreboard to put PSG on 63 points from 30 games.

The French champions, who welcomed back Neymar after a six-week injury layoff, are ahead of Lille on goal difference after the northerners slumped to a 2-1 home defeat against Nimes earlier on Sunday. 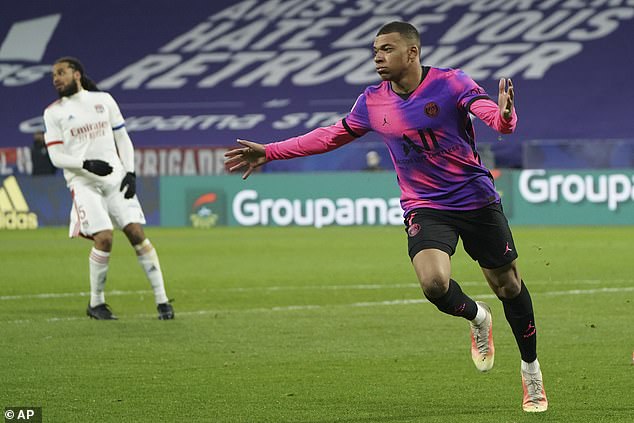 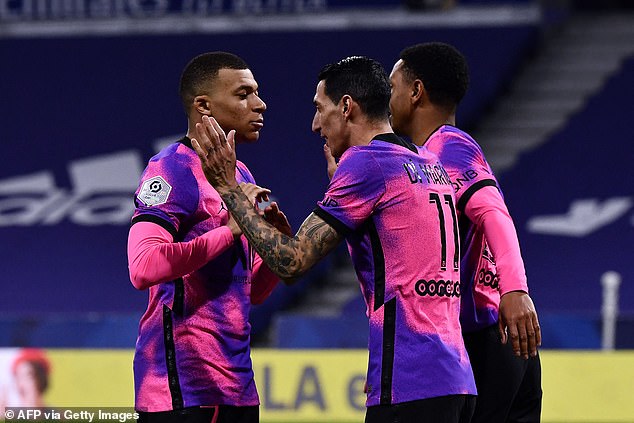 Lyon, who pulled two goals back through Islam Slimani and Maxwel Cornet, are third on 60 points, one ahead of fourth-placed Monaco.

Mbappe put the visitors in front when he fired home from an angle after Marco Verratti’s fierce strike had been parried into his path by keeper Anthony Lopes.

Pereira doubled the advantage 17 minutes later with a half volley as PSG stamped their authority on the game with quick passing in midfield, composure at the back and speed up front.

Di Maria added another goal two minutes into the second half with a free kick, before Mbappe, played through by Verratti, slotted the ball past Lopes after outrunning Marcelo in the 52nd minute. 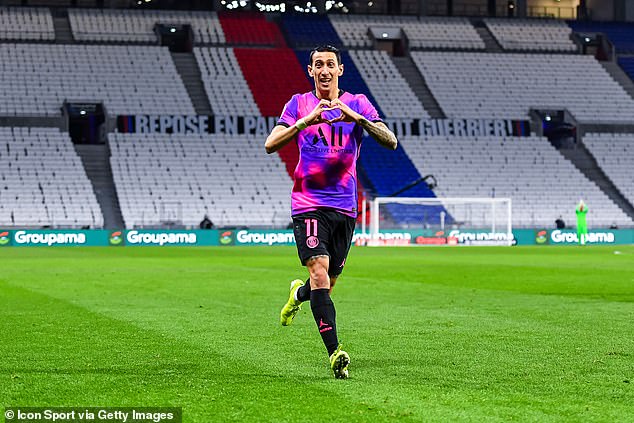 With 84 league goals for PSG and 16 for Monaco, Mbappe is the youngest player to reach the 100-goal milestone in the French top division after Herve Revelli, with St Etienne, in 1969.

Slimani reduced the arrears with an 18-metre shot before Mbappe asked to be substituted.

He walked off the pitch without any apparent pain with 20 minutes left to be replaced by Neymar, who made his first appearance since picking up an adductor muscle injury in a French Cup game against Caen on Feb. 10.

Cornet added another goal for Lyon nine minutes from time with a fine 16-metre attempt that a fully-stretched Keylor Navas could not touch. 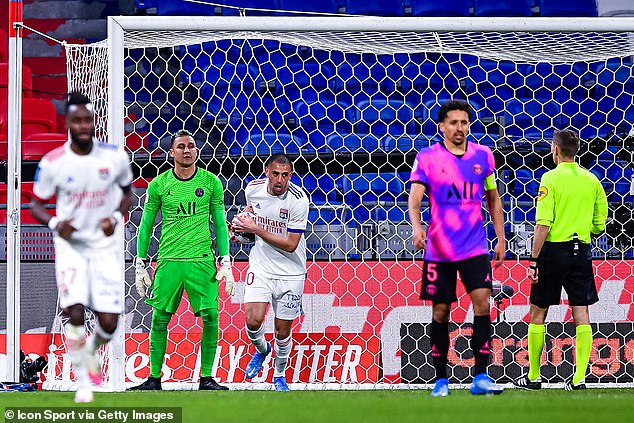