Manchester City chiefs are preparing an offer for Lionel Messi in case he chooses to leave Barcelona this summer, according to reports. Messi is out of contract at Barca at the end of the season.

City wanted to sign Messi last year when the Argentina superstar made it clear he wanted to leave the Nou Camp.

However, the then Barca president Josep Maria Bartomeu would not allow the forward to leave unless his release clause of £630million (€700m) was paid.

Bartomeu has since left Barca and been replaced by Joan Laporta.

Reports say Messi is now much more likely to put pen to paper on a new deal. 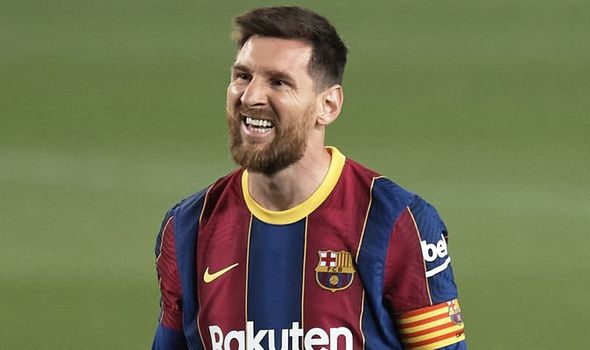 However, nothing has been signed and his future remains in doubt.

An offer is being prepared for the 33-year-old if he decides to part move on from Barca.

Marca say City believe Messi has two years at the top level left in him before he joins another of the City Football Group’s teams, with MLS franchise New York City named as a potential destination.

City know they will face competition for Messi if he were to become available, with Paris Saint-Germain also interested in the superstar.

City’s plans for next season will alter depending on whether they can sign Messi or not.

They are on the lookout for a striker, with Sergio Aguero to leave the club this summer.

Borussia Dortmund sensation Erling Haaland is linked with a host of Europe’s top clubs, including City. 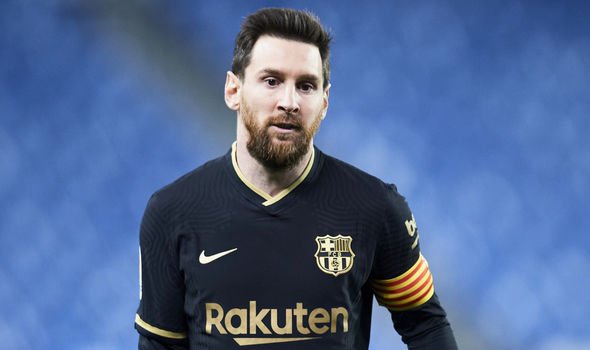 Tottenham talisman Harry Kane is also a reported target of the Manchester side.

Speaking in February, the Spaniard insisted he would “love” a player like Messi in his team at City.

“We don’t have these types of players who can win games by themselves. I told the players many times, you have to play as a team.

“I will be honest. I’d like to have a player to score, every single game, four goals and run like these players can run. I would love it.

“But I will not change any player we have right now, this season. All of them have shown in the bad moments.

“The big teams, the big players show it in the bad moments. In the good moments everyone is easy to play.”