Manchester United and Arsenal could do worse than turning to Rangers in the summer transfer window and Steven Gerrard has already admitted that he will be powerless to stop his star men leaving.

Several of Rangers’ stars stepped up to the mark as they beat Celtic 4-1 in the final Old Firm match of the season on Sunday afternoon.

The Gers had already wrapped up the Scottish Premiership title, ending nine years of Celtic dominance.

Gerrard is beginning to plan for next term but he worries about big clubs coming in to buy his talented stars.

“At a club like this, I don’t think it is a secret to say we will get attention for our own players,” Gerrard said ahead of the clash with Celtic.

“From a selfish point of view I don’t want any of my good players to go but the reality is if the right number lands then that decision might be taken out of my hands. 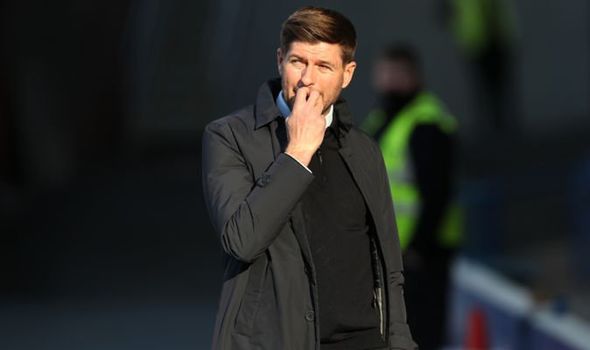 If there is one match the world watches in Scottish football then it is the Old Firm derby so it was a great opportunity for players to put themselves in the shop window.

Ryan Kent dazzled and set up Kemar Roofe for the opening goal at Ibrox.

The former Liverpool youngster moved to Glasgow to play under his hero Gerrard but his performances have attracted some suitors.

His tricky wingplay and ability to go either side could see him quickly adapt to life in the Premier League. 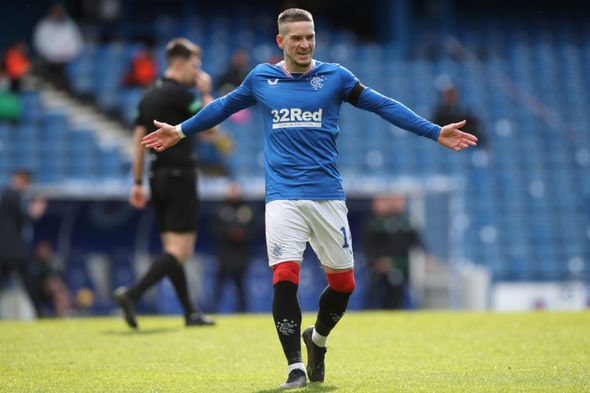 And ahead of the clash with Celtic he admitted he would like to play for a top four club.

“It’s nice to be linked with other football clubs, the big clubs,” he admitted. “But you’ve got to understand the duty of where you’re at and as long as I’m at Rangers I’ll always give 100 percent to the club.

“I love this place and it’s done so much for me. As long as I am here my mind is solely focused on Rangers.

“Is the Champions League a motivation? Massive. It’s the biggest stage in club football and to be able to test yourself against the best players and teams in the world would be quite special.”

Manchester City are already stocked in their attacking ranks but their cross-town rivals Manchester United could provide a welcome home for the 24-year-old. 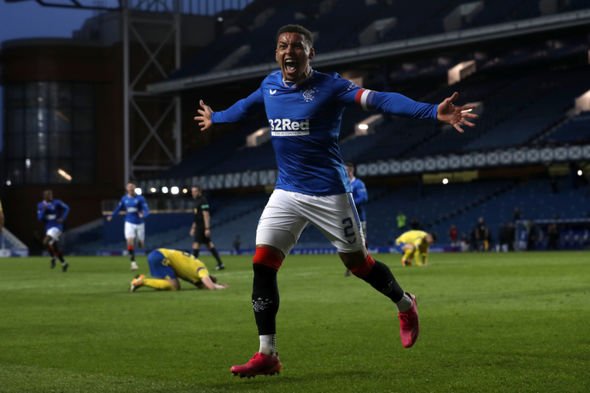 It would be a bold move to join one of his former’s club’s biggest rivals but he would be guaranteed minutes as Ole Gunnar Solskjaer is desperate for a right winger.

Kent would be a much cheaper alternative to Borussia Dortmund star Jadon Sancho.

Rangers full-back James Tavernier is another who could move south of the border after a stunning campaign.

The right-back has scored 18 goals this season and Steve Evans, who managed Tavernier at Rotherham, claims Premier League clubs have been asking him about the defender.

“I believe Premier League clubs have come in for James,” he recently said. “I’ve spoken to four or five bosses who wanted a character reference on him. That’s just in the last six months.

“But James loves being at that club. Some days when he’s out for a run, he’ll go past Ibrox – just to have a look at the place.”

One Premier League side desperate for a right-back is Arsenal, who are expected to lose Hector Bellerin at the end of the season.

The Gunners have already shown that they are not afraid of shopping in the Scottish Premiership having captured Kieran Tierney from Celtic in 2019.

And it would make sense if the north Londoners were tempted to bring Tavernier back to England following his permanent stints at Newcastle and Wigan.