Manchester United and Chelsea have forced Real Madrid to take action towards Lucas Vazquez. The Spaniard is out of contract at the Bernabeu next season and could leave for nothing when the transfer window opens this summer.

Real Madrid have been forced to take action amid interest from United and Chelsea towards Vazquez.

The Spaniard will see his contract expire at the end of the season as speculation over his situation swirls.

If a renewal does not come between today and June, he will be able to leave the Bernabeu for nothing.

And such as decision will not come lightly, having spent his entire career with Real Madrid – except a season on loan to Espanyol. 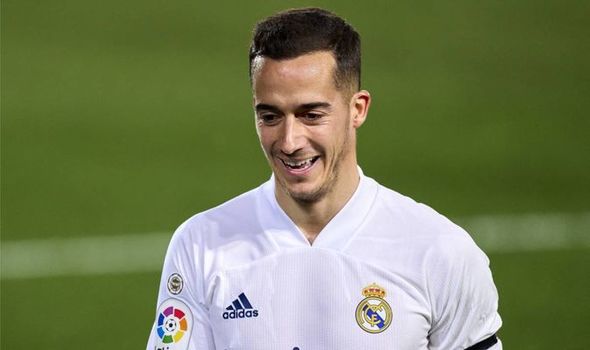 Regardless, a move to the Premier League is in the offing with United and Chelsea in the hunt for the winger.

However, Real have moved to snuff out interest from the two English titans – who are not the only ones interested in the 29-year-old.

According to AS, Los Blancos have offered Vazquez a new contract worth £84,000-a-week.

That is an increase from his current earnings at £60,000-a-week, and it appears the Spain international will stay at Madrid.

As well as United and Chelsea, the likes of Everton, Paris Saint-Germain and Bayern Munich are also said to be linked.

Vazquez has been with Madrid since 2007 and has won a host of trophies, including three Champions League titles.