Manchester United are reportedly prioritising the signing of Chelsea winger Hakim Ziyech as they scramble to put together a squad for the Premier League season. However, they face a major obstacle as the Blues star is not ‘unanimous’ with the Red Devils’ ambitions.

Erik ten Hag has only been backed with three new additions this summer, despite the need for plenty of signings. Christian Eriksen, Tyrell Malacia and Lisandro Martinez have all joined United.

The Dutch head coach is desperate for attacking reinforcements to ensure his side are a big threat this season. Marcus Rashford, Jadon Sancho and Anthony Martial are the only senior attackers who have had a full pre-season with the club.

United apparently want to sign Ziyech, who has endured a tough time at Chelsea. The 28-year-old was signed in 2020 but has failed to earn regular game time under Thomas Tuchel.

JUST IN: Man Utd enter ‘key days’ in Sesko transfer but Murtough made to wait 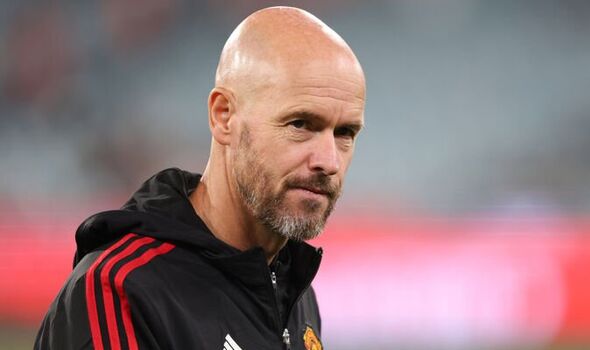 But United might struggle to sign the former Ajax ace as he is not particularly keen on a switch to Old Trafford, French journalist Nabil Djellit claims. It is a familiar tale for the Red Devils, who have found it tough to acquire their top targets this summer.

Ziyech’s stance mirrors that of Barcelona midfielder Frenkie de Jong. United have chased the Dutchman all summer but the 25-year-old is hesitant about joining.

Ten Hag and the Old Trafford transfer hierarchy find themselves in a quandary as they are shopping in a market alongside clubs who boast Champions League football. A dismal campaign last term concluded with United in sixth, meaning they will play in the Europa League in 2022-23. 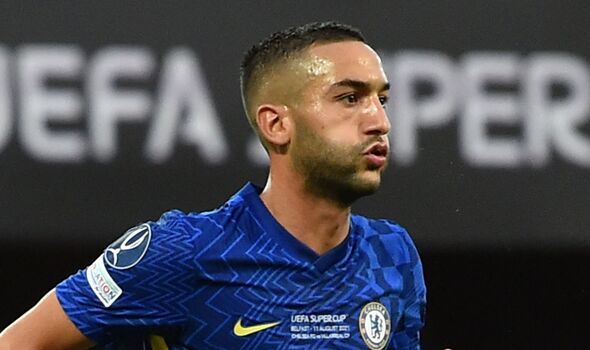 It is for the same reason that iconic forward Cristiano Ronaldo wants to depart. Ronaldo missed a large chunk of pre-season and is angling for an exit from the club, for whom he only signed a year ago.

Ten Hag received better news on Wednesday, though, as United lead the race to sign highly-rated teenage forward Benjamin Sesko from Red Bull Salzburg. The 19-year-old is deciding his future after his representatives held talks with United and two other unnamed clubs, according to Fabrizio Romano.

Salzburg want around £45m for Sesko, who has started the Austrian season by scoring two goals in three matches. The giant striker has been likened to Manchester City ace Erling Haaland due to his physique and the fact that both have played for Salzburg.

United begin their Premier League campaign at home to Brighton on Sunday.