Manchester United boss Ole Gunnar Solskjaer appears to have ‘leaked’ the club’s transfer plans this summer when hailing his side’s improvement in their thrashing of Club Brugge last night.

The Belgian side were thumped 6-1 on aggregate after United romped to a 5-0 win at Old Trafford.

Solskjaer was full of praise for his side after extending their unbeaten run to seven matches.

But in hailing his team, he appeared to suggest that the club are looking to make two signings this summer to further improve his squad.

United spent heavily on Bruno Fernandes in January with Odion Ighalo arriving on loan too.

The Portuguese has been a big hit, with temporary addition Ighalo also doing the business with a goal on his full debut last night.

And it appears two more new faces will be heading to Manchester in the summer too.

Solskjaer said: “We knew when we made the decisions we made in the summer it was going to take time. As I’ve said a few times, Rome wasn’t built in a day.

“The culture, the attitude, the fitness, the camaraderie, the team spirit and maybe even the understanding between players have improved. 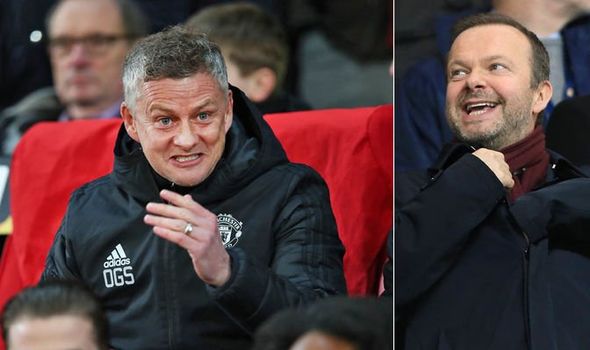 “We have missed that box opener that Bruno is proving to be now.

“There was one or two pieces missing and we still know we miss one or two to be where we want to be but it’s a work in progress.”

United’s focus will quickly turn from last night’s win to the Premier League trip to Everton on Sunday.

Solskjaer was forced into a public apology last season after his side were thrashed 4-0 at Goodison Park.

“That was the lowest I’ve been. I think you all know that and remember that,” he said. “That was a capitulation. 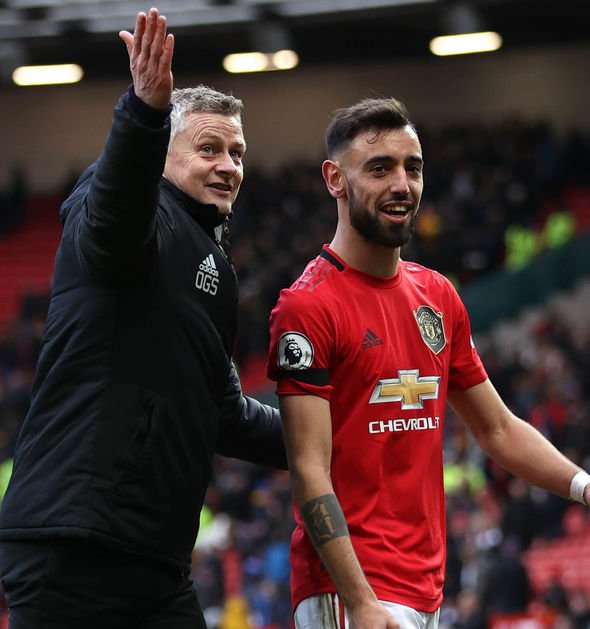 “We had absolutely nothing about us, even though their goals were more or less counter-attacks from set plays and long throw-ins.

“Everything you didn’t want to see you saw in that game.

“I’m 100 per cent sure we’ll put a better performance up.

“I knew probably before then but one or two had their last chance, more or less, but we had to get to the summer first.

“I can with hand on heart 100 per cent say these boys will never give in and never give up like that team did.

“These are the boys we want to build the next team around.”