Manchester United boss Ole Gunnar Solskjaer has spoken out after his side’s 2-2 draw with Leicester on Saturday. The Red Devils took the lead twice at the King Power Stadium through Marcus Rashford and Bruno Fernandes. But they were forced to settle for a point, with Harvey Barnes and Jamie Vardy on target for the Foxes.

United went into the match against Leicester looking to claim all three points.

However, despite taking the lead twice through Rashford and Fernandes, the Red Devils weren’t able to leave the King Power Stadium with victory to their name.

It was a frustrating afternoon for United, who missed out on a glorious chance to cut Liverpool’s lead at the top of the table to just two points.

And Solskjaer has rued his side’s failure to defend late on, complaining their failure to finish off their chances ultimately held them back.

“Disappointed that we don’t win – loads of big chances and we could have finished it off, but they’re a very dangerous side,” he said.

“One point is not the worst result but we’re disappointed we didn’t get three.”

He also complained about his side’s defending, adding: “Both goals should’ve been closed down quicker. 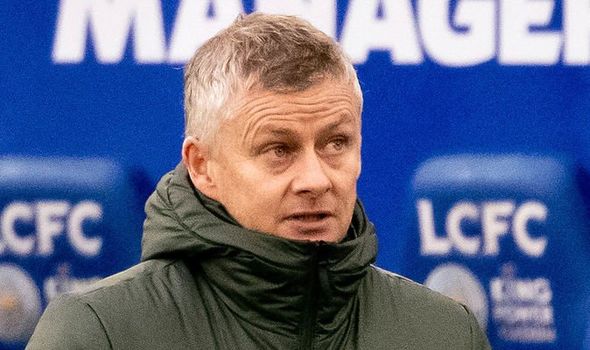 “First goal, definitely, second one as well, down the side, we should’ve managed to stop the cross.

“You always look to the goals conceded that we could’ve, should’ve done better.”

Though Rashford scored, the England international missed opportunities in either half – much to his manager’s frustration.

The 23-year-old headed over from close range when he should have done better, while he also shot straight at Kasper Schmeichel when he had the goal at his mercy.

Anthony Martial had a goal chalked off for offside, too, meaning the Red Devils couldn’t give themselves a Boxing Day present. 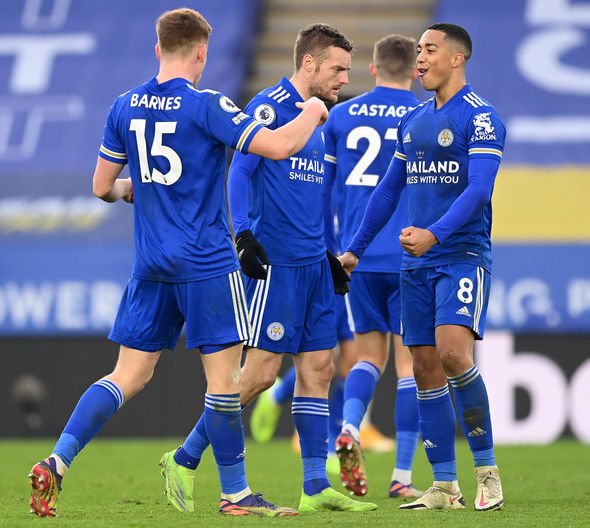 And they’ll now be looking to respond when they lock horns with Wolves on Tuesday night (8pm).

Meanwhile, Leicester star Vardy admitted his side were content with a point.

“I don’t think I’ll get credited for that goal, I think it was going wide – but it’s got us a point that I thought we thoroughly deserved,” he said.

“It is all about patience.

“You can’t score with every attack it’s about keeping the ball and making the best opportunities to score as possible and hopefully be in a position to be on the end of a cross at the end of it.

“No one wanted to lose – everyone was going for the win but I think we played really well against a good team and defended resolutely so we can be happy with a point.

“We were a bit disappointed at half time to go in at 1-1.

“Their goal was a bit lucky but that’s one of those things it’s how you react in football and we reacted well.

“Harvey Barnes’ goal was excellent. We just had to keep probing and create the chances.

“Happy with a draw but there’s another game in two days so we look forward to that one.”